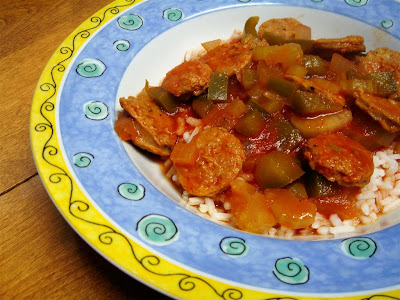 Sounds really appetizing, doesn't it? This recipe is one I've adopted from Pat's mom - so technically, it has a French name: "la gibelotte." This word really only translates as a tomato-based stew, like a goulash or ratatouille. So Pat & I have come to call it simply "sausage stuff" or "spicy sausage surprise" if we're describing it to someone else. It's definitely one of our favourite go-to dinners.
Sausage Stuff
Ingredients:
2 packages of Hot Italian sausage
2 green peppers
4 stalks of celery
1 onion
3 small garlic cloves
2 large cans of tomato juice (1.36L or 48 fl. oz cans)
salt & pepper to taste
hot sauce (any kind, if desired)
Methods:
1. Start by boiling the sausage in a large pot. 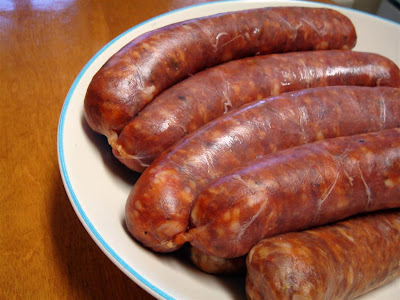 You'll want them to be mostly cooked through.
2. Meanwhile, chop your vegetables. 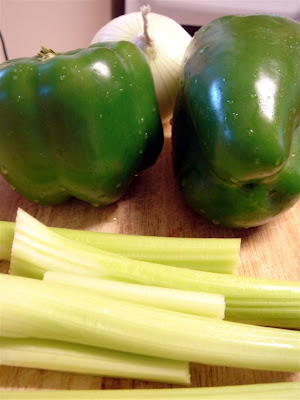 The celery will take the longest to cook, so slice them as thinly as you want. The thicker they are, the longer you'll need to simmer the sauce. 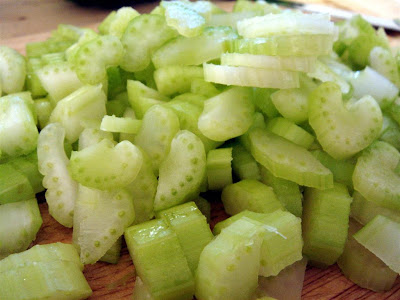 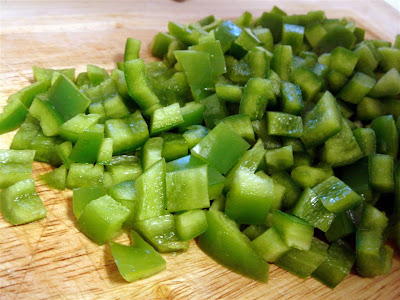 I always struggled cutting onions - until I learned how to do it with this how-to on The Pioneer Woman's cooking blog. It's too easy now & I barely cry anymore while doing it! 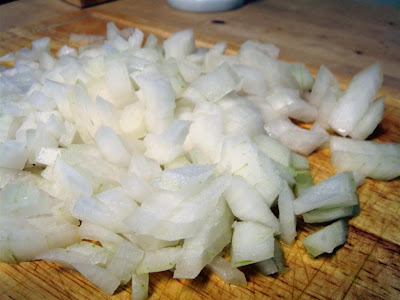 This is one of my favourite tools - my garlic press. I really can't chop garlic... 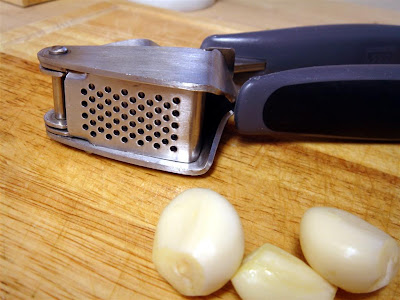 Throw all those chopped veggies into a large pot: 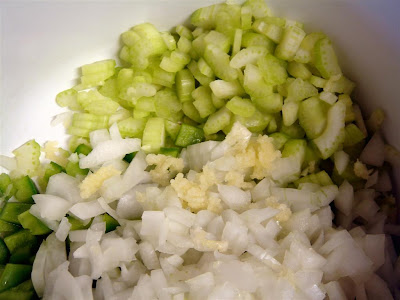 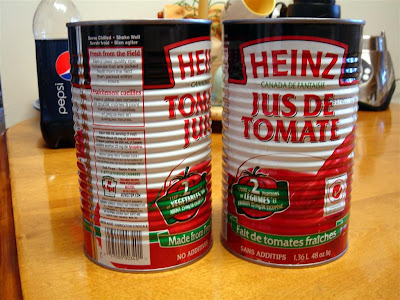 Add it to the veggies & let it all warm on medium-low. 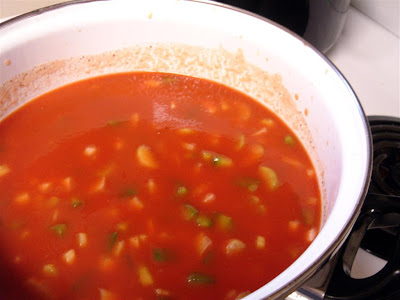 Season with salt & pepper. We like it spicy, so I usually add some hot sauce. Any kind will do - but use it sparingly! It's always easier to add more later! 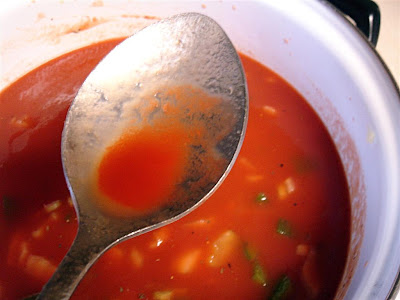 4. While this is warming, the sausage should be done. Take it out of the water & slice it. Again, you can make them as thick as you like, but the thinner they are, the more pieces you'll have in each serving. 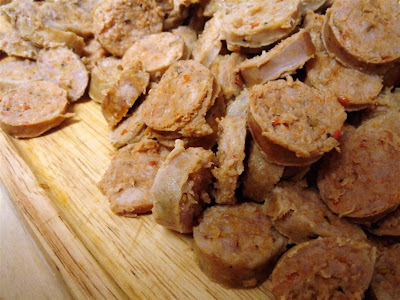 5. Add the sausage to the sauce & bring to a boil. Once boiling, reduce to low & let simmer for at least 20 minutes - or up to an hour. You'll want the veggies to be soft, but not too soft. 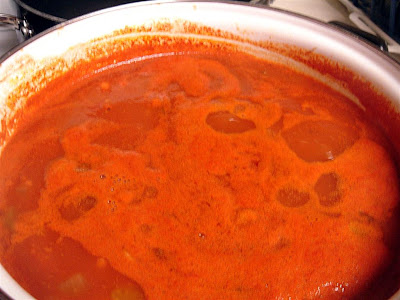 Serve over rice. This is actually the only dish I like on Minute Rice - but of course any kind will do. 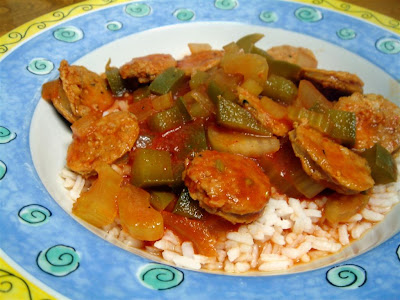 NOTE: this makes A LOT! You can easily halve the recipe, but it freezes really well, so we always make a double batch. This time we have 3 1L containers, plus some leftovers with the rice. 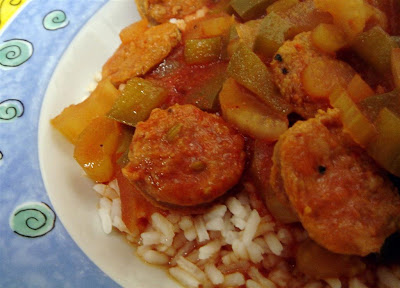 VARIATIONS:
Enjoy & let me know what you think if you try it!
Posted by Amanda at 6:42 AM

This sounds delicious and it's only breakfast time here, but I would eat it right now if it was in front of me! Very appetizing photos and love your plates!