Yesterday morning, Pat was parked on the street in 3-hour parking, so he moved our car into the back parking lot of our apartment building around 11AM, no problems. At about 5PM, we decided to go do groceries. And ... the car won't start. The lights come on, there are clicking noises, all the gauges are dancing at the lower limit & error after error pop up on the message thing on the dash: airbag failure, ABS failure, tilting the lights up failure......... CRAP. Now what? 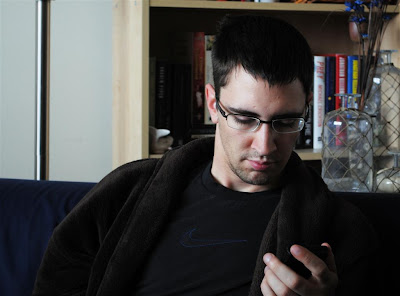 Thank goodness I have a handy man. The first thing Pat did was page through the manual & his Haynes book (there's one for all car models apparently, tells you how to do everything), then we came back upstairs & he Googled it. Pretty soon, he had found a couple of cases that sounded exactly like ours: the battery was dead. Not just needs-a-boost dead, but dead-dead.
So, being after 6PM, only Wal-Mart was open (a big supercentre newly opened actually). We took the bus up the mountain & Pat carried the heavy battery on the bus back. Took him less than half an hour to change out the battery... and SUCCESS! The car is running just fine again! 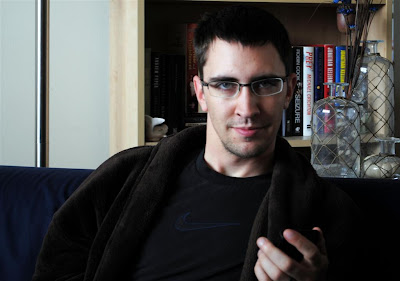 What a relief! I don't know what I'd have done without my man (nevermind the fact I wouldn't have a car if I din't have Pat to drive me around in it)!
Posted by Amanda at 8:38 AM

Nice!! Good thing it was just that :) I have one of those books too. I haven't used it yet, but dad made me get it - cause 'you never know' lol