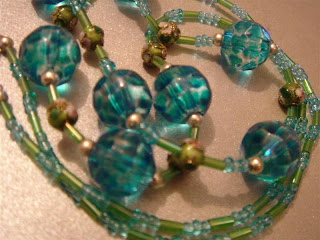 I hope all is well with everyone. Here, well... I'm not feeling so good. I'm not sure if it's the flu or just stress, but I've been feeling very tired, alternating between chills and sweats and my stomach has been sore since Monday. It's still sore now. Boo for me.

But I think it might just be stress. I have a poster to finish up real soon ~ I'm presenting it at NESMS (North East Smooth Muscle Society annual meeting) in Rhode Island next weekend. I'm almost done, but it'll still take me a while to put together the one last graph. Ugh. Plus, I only have a month left to write up a rough draft of my thesis (another month or so after that to refine it)... I haven't really started it yet. I mean, I've written out my methods, and I have this poster which means a good chunk of my data has been analyzed... but not all of it. And this is my thesis, it has to be something like 30 pages. Yikes. I don't handle stress well. And yet I procrastinate like it's going out of style. It's bad. 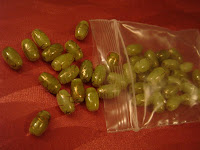 But I am still trying to get some Etsy stuff done. I've had 2 packages come in this week: some beautiful avocado green and gold beads and a Christmas gift from bndesign and another gift from missficklemedia. Since bndesign couldn't ship my purchase the day after I paid, she sent a free little gift with the beads - these pretty red faceted ... well, I don't really know what to call them, but they each have 2 small hole drilled on each side, so I may try to make a bracelet with them and some buttons. 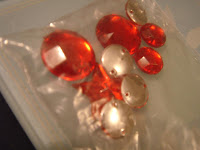 We'll see if it works! Otherwise they'll be great for scrapbooking, collages and embellishing my notebooks.

I can't really post any pictures or links of the Christmas gifts, obviously, but both are for my mom. They're both really, really cute!! Small things, since this year I'm putting together a "stocking" for her. That's what my family is trying out this year. Instead of buying a bunch of gifts, mom is going to fill a bag (like a stocking) for everyone ~ since we're all getting old enough to realize there isn't enough money for the amount of gifts like years past. Since my dad isn't one to do much shopping for my mom (especially not anything creative! He'll get her a few standard gifts the week before Christmas and wait for me to come home to wrap them), I'm making hers up. It's been really fun! There are so many things on Etsy, I've still already gone way over budget, hehe. But at least my mom's birthday is the 28th of December ~ some things will transfer over to that gift.

I've made a couple other trades ~ I'll show pictures of what I got when I get them. I also played a few games in the forums: secret shopper and BnR. Both are very fun!! With secret shopper, a list of around 10 shops is created (whoever wants to participate) and a moderator assigned each shop to buy from another ~ like a secret santa. For BnR (buy and replace ~ it took me a while to figure out what the letters stood foryou buy from a shop on the list and post that you did so, so that you're shop can replace that one on the list. And because I made it onto one of the lists, I made it into a treasury!!! My very first one (that I'm aware of)!!! 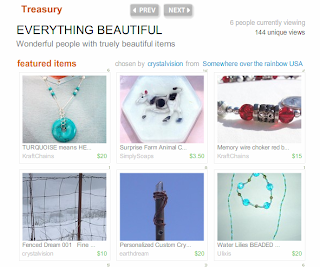 I was so excited, but then I realized how bad that picture is! So I changed it (you can see the new pic above)... but it hasn't updated in the treasury. *tears* Only one person clicked on mine... and it was probably me! So why don't you go check it out and click to see all the new pictures I put up! 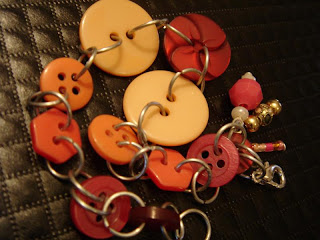 It's getting a little late for fall colours, but they're so gorgeous and can really be worn year round. This one is a little long, but I can easily adjust for anyone interested. 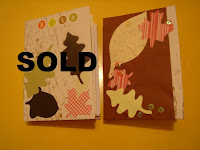 I also relisted a notebook since I traded one of the pair away. The brown one is still for sale - and there's some new pictures of it! I marked it as a sale since it is also a fall item... and because it isn't perfect. The brown paper crinkled at the back after I glued it, but it's still perfectly usable. I hope someone will put it to use!

Other than that, my Etsy work table is full!! I have 6 or 7 bracelets waiting for dangles, a beaded bracelet for which I'm still trying to decide how to make some matching earrings, a large beaded pendant and a chain/bead bracelet that I'm taking my time with and an accordion notebook almost finished. Oh, and there are 4 bracelets waiting to be soldered so I can ship them out!! I really wanted to yesterday... Too bad my solderer (AKA Pat, my computer whiz boyfriend) got home very, very late last night and didn't want to do them. I really must learn how to do it myself, but seeing as he needs my help, I don't know if I'll be able to alone. And I'm kind of afraid of the flame / burning hot metal tip... Did I ever mention I have a great fear of fires? I think it stems from the fact that one of the cottages in my parent's tourist camp (yes, I grew up on a tourist camp, on a river, in the middle of nowhere) burnt down when I was 10. I remember as a child lying in bed at night, almost every night, coming up with a contingency plan for what I would do if suddenly the house were engulfed in flames (I planned on taking out the screen and climbing out my window... and hopefully jumping on the picnic table on the deck... both of which were pretty rotted and full of holes... yikes!).

Which reminds me. Sunday night, around 10:30, the fire alarm went off. And wouldn't stop. I was so scared (even though Saturday we saw our super and he was grumbling over a "trouble" light that was lit on the alarm board thing)! We quickly made our way outside, and waited with less than half the building for the fire fighters to come and shut the false alarm. I couldn't believe how many people stayed in their apartments! It's a FIRE ALARM!! That means there could be a fire!!

what an informative post. :-) well, i'm just checking out some folks who replied to my bloggy thread on etsy. thanks for leaving a link! :-) hope you start feeling better soon!

Hi! I've added you to my bloglines blogroll so will be a regular!