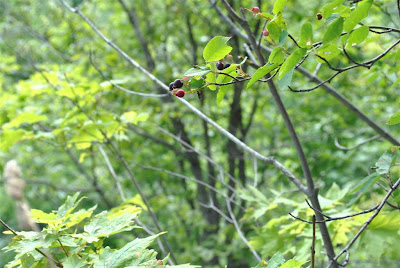 As promised, here are some photos of all the wildflowers & berries we saw. There were red & orange berries galore, as well as some darker purple ones - I'm not sure what any of them are. 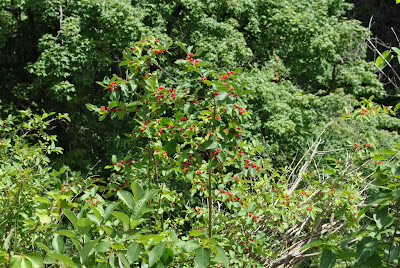 A sign told us that there were some regionally rare soapberries in the area, but I don't think I would have been able to spot them. These fuzzy berries were the strangest - I'm pretty sure they're fragrant sumac. 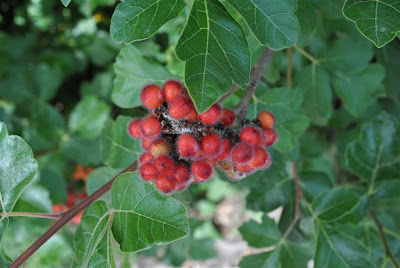 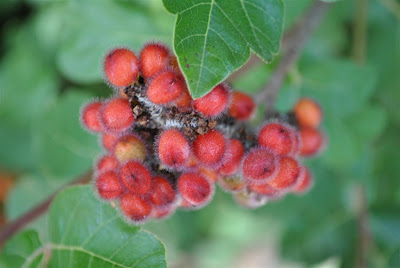 The wildflowers were abundant & reminded me of home. Daisies, black-eyed susans, some wild roses: 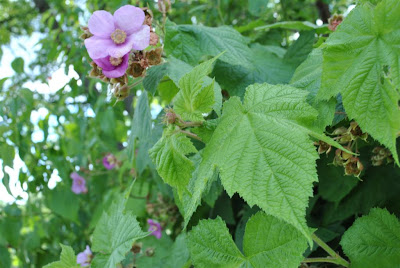 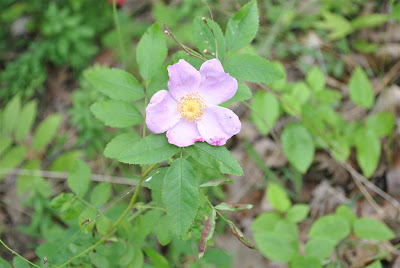 These pinks ones I recognized - we have identical yellow ones at home, but I've only seen the pink in Hamilton & the Niagara region. The internet tells me they're called Crown Vetch. 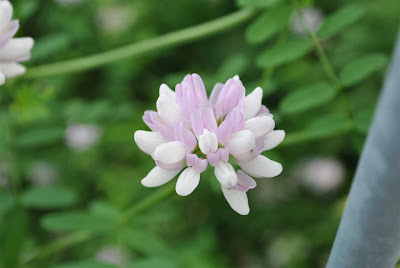 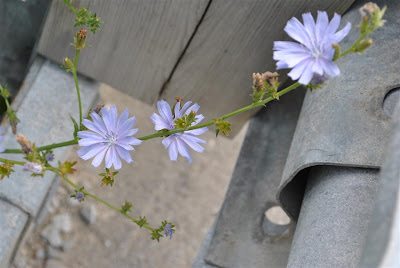 Apparently they're chicory (not to be confused with curly endive, also called chicory in the US) - the leaves & roots can be ground into a coffee substitute. They're also called cornflowers, but a typical cornflower is more blue with more petals. 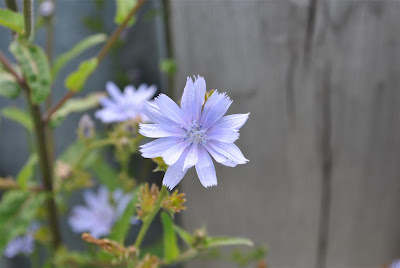 Last but not least, some more pretty purple flowers - these remind me of bluebells: 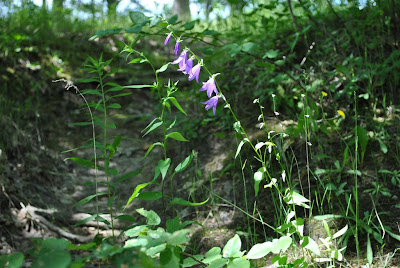 Indeed, they're probably called creeping bellflowers - not the nicest weed, but pretty, eh? 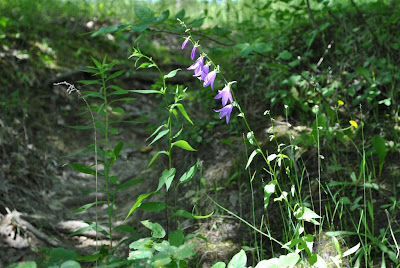 i love the crown vetch flower! the petals look like an interesting shape. and what's with the fuzzy berries? are they edible?

Apparently they are... more of a spice though. They're supposed to be quite sour & astringent. Of course, there are also poisonous varieties of sumac, so I don't know if I'd want to chance it..

We have tons of chicory flowers in our area as well. Of course, we have a lot of the same plants as Eastern Canada due to being in the pollen zone!