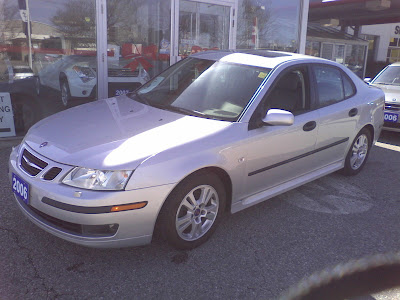 Yesterday, Pat signed for his first car. And while getting a new car was exciting at first, it's become more than a little stressful. We had 2 cars to decide between... and it wasn't an easy decision. Especially since this is the biggest purchase we've ever made.
So yesterday Pat rented a car & went to look at a few others, then back to Kitchener to look at the one we liked there. I thought he was just going to look at it - we hadn't really discussed it thoroughly yet. But then he called & wanted to know what I thought if he bought it then. He had made his choice. Um....
I liked the other car. I told him that, so he said he'd try to get a few things started with the paperwork (just in case) then come home. He calls back a few minutes later, saying they're offering $300 off the price if he signs now.
So he did. 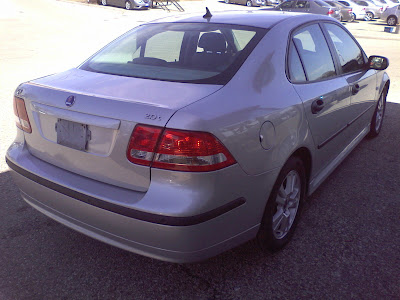 I can't say I'm super excited - I really preferred the other car & felt it was a better deal. I didn't like how desperate the dealership seemed (especially for such a big place compared to where we were looking at the other car). And I really wish we had talked about it a bit more before jumping in.
But he needs the car for Monday. As it is, we'll be picking it up on Saturday. And really, there wasn't much of a difference between the 2 cars (besides the fact that the other one looked nicer - black, wood trim interior... you know, what I see). So I'm going to try to get a little excited by the weekend...
We're getting a new car! Well, used, but new to us. It's a 2005 Saab 9-3 Linear. 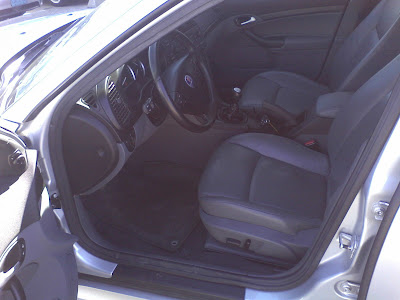 It's going to be great having a car. No more groceries - or overloaded with Christmas gifts - on the bus. More trips to Michael's (hehehe). No need to rent every time we want to go home for a weekend. So really... I can't wait to go pick it up on Saturday. And it is a pretty sweet car.
What do you think of it?
Posted by Amanda at 10:46 AM

it is pretty uli, lots to be excited about, come on down to Montana and I will teach you to drive a stick and then we will go shoppin