Pat and I have been together 8 years today. 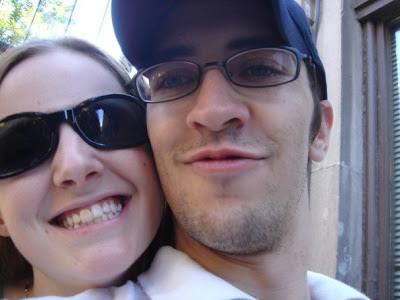 In high school, the honour roll students could take a bus trip to Canada's Wonderland - and on that bus ride at the end of grade 10, I met Pat (he was finishing grade 11). We didn't talk much, but he sat beside me at one point and I just remember glowing in his warmth. 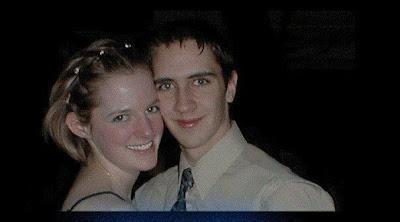 Then, later that June, a mutual friend had a birthday party ... Pat almost didn't go, but his younger sister wanted to, so he had to "chaperone". I went with my friend Angie, who had a thing for one of Pat's friend. I remember we talked almost all evening. The next day, Angie called me, telling me Pat liked me & wanted me to call him. Being the silly teenager I was, I told her I liked him too & to tell him to call me. 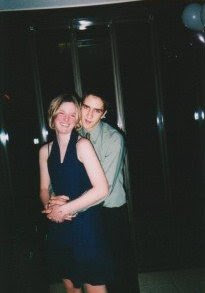 He called that night. We talked for over an hour. We talked everyday for at least an hour (usually more than 2h) all that summer. 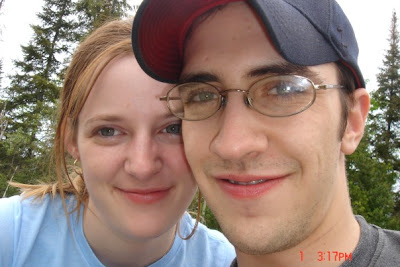 He asked me to come over to his place July 6th. Our first "date". We watched 2 movies at his parents place - Sleeping Tiger, Hidden Dragon (watched this with his parents) & The Haunting. We watched that one alone & held hands for the first time. I remember he rubbed his thumb against mine over & over again until it hurt (I guess he was a little nervous). I also remember my mom teasing me that night because I kept sniffing my hand - it smelled like Pat. 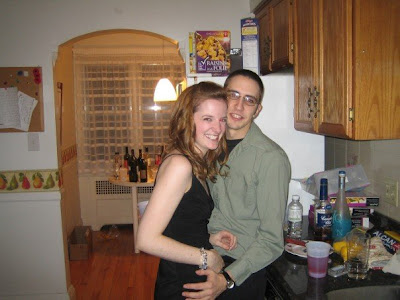 During our phone call the next day, the 7th, he asked me if we were "going out". I said "I don't know".... HA! Great response! Poor guy! He was so uncertain. Next, I think he asked me if I wanted to, but I was so giddy I don't really remember what I said. Either way, it was official. 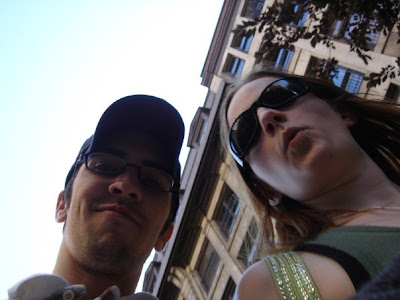 Pat was (is) my first (and only) boy friend. He was also my first kiss. It couldn't have been more perfect: he came over to my parents place for the first time July 10th. We went for a walk to the forest on my parents' property - and kissed there. 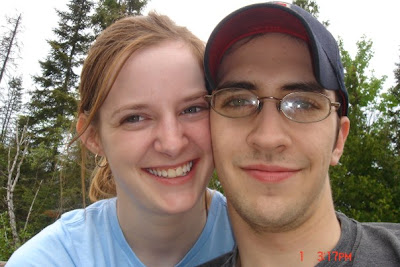 It was such a perfect & romantic setting. Like in the movies - we were sitting there, on a rock in the shade of a tree, and I just knew he was going to kiss me. So I turned my head and ... the rest is history! 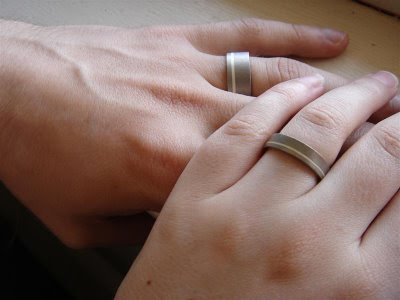 LOVE, LOVE, LOVE this post! I can't tell you how many times I said "Awe!" It has been so great getting to know you, Amanda! Pat's a keeper and you knew it, such a smart girl!

Would that be the same year we ventured off that day? lol

Congratulation! Eight years is an accomplishment, married or not!

All my best for MANY more years!

So sweet! I met my guy in high school too. We've been together 42 yrs:) Congratulations!