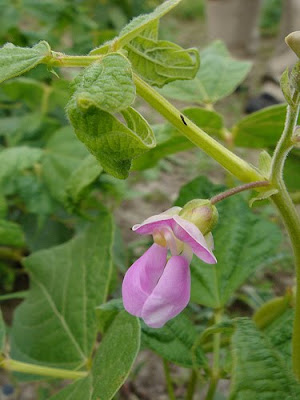 Nearly every year, my dad plants a garden. I'm not very good with estimating distances, but it's around 6 m by 15 m. Give or take... Let's just say it's a big garden. He used to cover about half with rows of corn and the rest with potatoes, cucumbers, pumpkins, carrots & onions. Oh boy - fresh corn was almost always part of my birthday supper back in the day... And the pumpkins we used to get! One year, they were HUGE - bigger than my little brother huge!

The last couple of years though, the garden was a lot smaller or non-existent. It's a lot of work - especially when his helpers started moving away or getting real jobs (we used to help out with the tourist camp too). But this year, my dad decided he wanted a good one again. He only planted half of the large garden, but that still yields more than enough fresh produce. He also tried out a few new things. Of course, the first 4 rows are onions & carrots but check out what else he has growing: 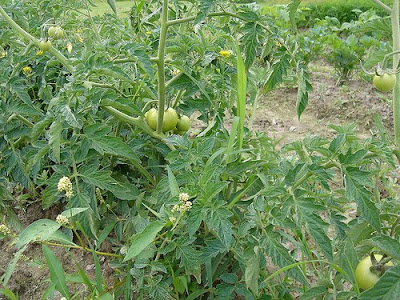 Tomatoes! Basic, yes, but not something my dad usually grows because my mom doesn't like tomatoes. 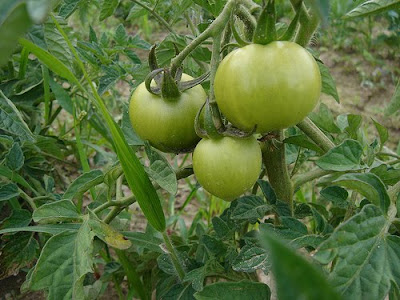 I know - there's something wrong with her! 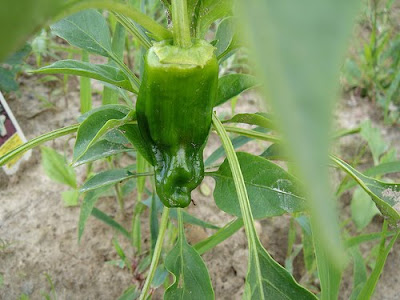 Green peppers! We tried growing these once before, but they were small & sour. Hope these ones are good! 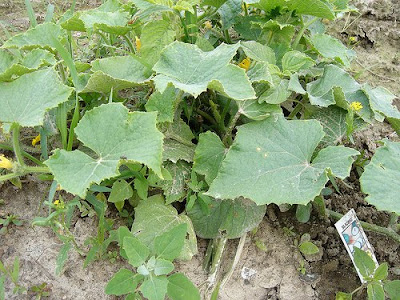 Cucumbers, because you have to. Fresh pickling cucumbers are SO good with a bit of salt & pepper. 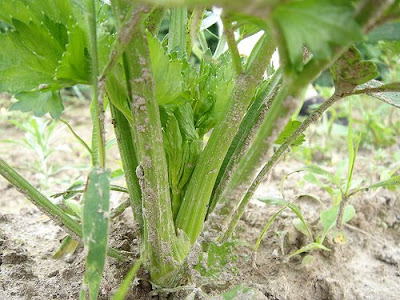 Celery!!! These are really cool - growing up real stiff like real celery! And the leaves are really fragrant! 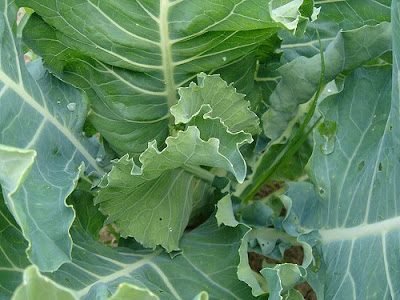 Cauliflower - definitely a first. It's growing similar to cabbage - they tried growing that one year, but it ended up being full of bugs. The joys of the country life (with no pesticides). Hopefully these will turn out - but the leaves are full of holes, so we're not holding our breath. 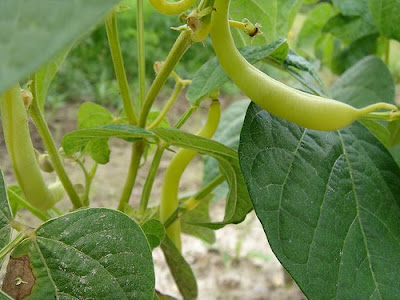 Yellow beans - I had some of these for supper one night while I was at home. Delicious. 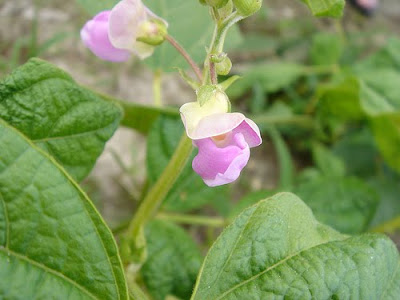 Now a garden wouldn't really be a garden if it weren't for the flowers! I especially love these delicate pink (bean) flowers. And the tomatoes have really neat yellow ones. 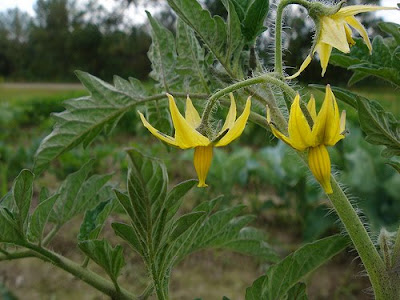 The cucumber flowers are also yellow: 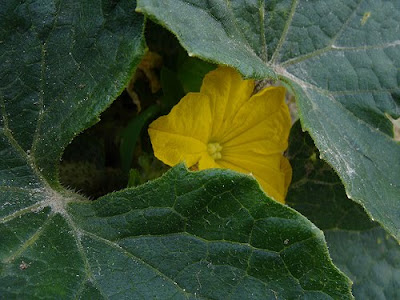 And finally, my dad has a row of potted trees - mostly maples. If they do well, he'll plant them somewhere (they have lots of property) in the fall or next spring. 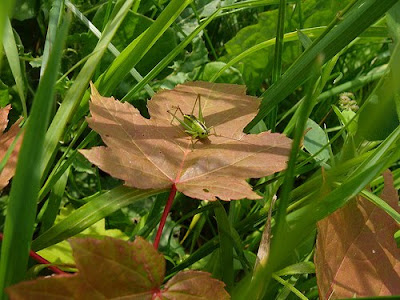 I caught this bright green grasshopper resting on a gorgeous red maple leaf. Too cute!
Posted by Amanda at 11:35 AM

The garden looks wonderful! I still have more of my mom's garden that I should post...I'm just still in the lazy-mood from vacation lol.

Ps. I think tomatoes are gross too :P