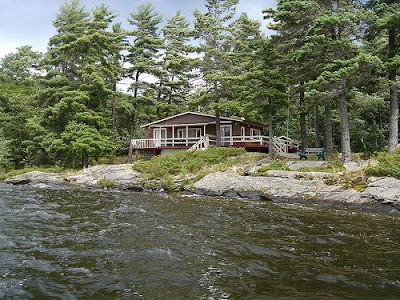 To my gramma's cottage! Since the cottage is on an island, we have to take a boat out there. When they aren't at the cottage, they dock their boat at Wade's landing. There are a bunch of old boat houses in this little creek. You have to putter out so that the wake doesn't smack all the boats against the docks. 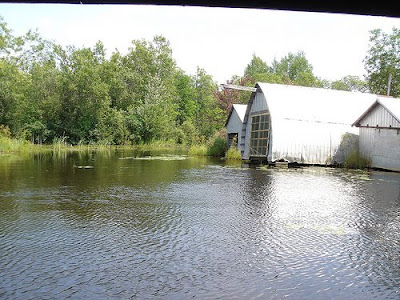 That's the view directly outside my grandparents boat house. They're right at the end of the creek. 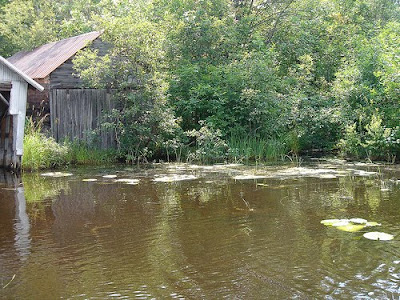 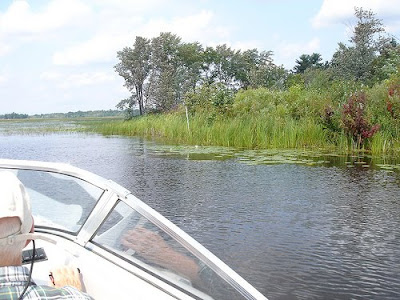 It's about a 15 minute boat ride to the island my grandparents cottage is on. 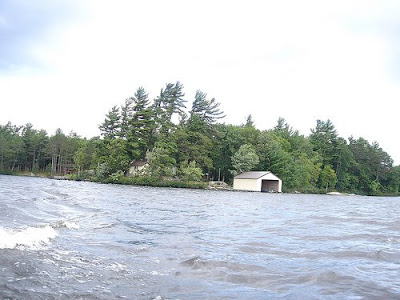 There's the boat house! We're almost there! You can also see the sleep camp hidden in the trees to the left of the boat house. Let's take a little detour around the corner to the left (you can just barely see the bay in the photo above) so you can see the front of my gramma's cottage. 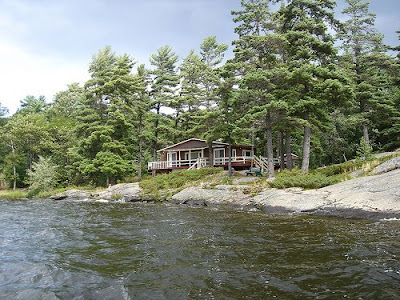 There's the front of the cottage in a little bay the island forms. Now lets go back to dock the boat. 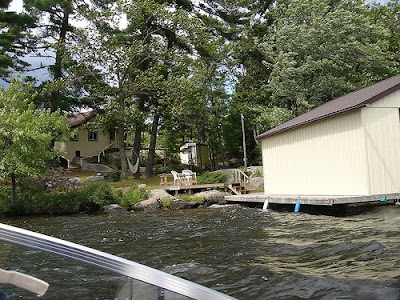 From here, you can see memere's old cottage. My gramma's parents own this cottage their whole life - after gramma got married, they bought the cottage beside this one (the one I showed above). You get to it by following a path to the right (or climbing up to memere's cottage & walking down the rocks). 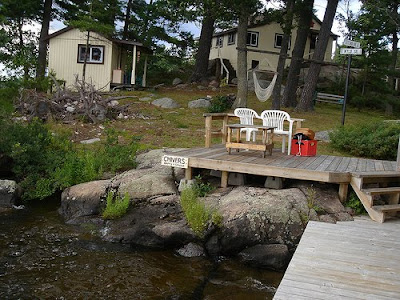 This deck is new (from when the last time I was there - which was 3 years ago). A tree fell onto the boat house a year or so ago, so it was all replaced.

Now since this is only the boat rides, let's head back home. You'll get a tour of the island & cottage in my next post. 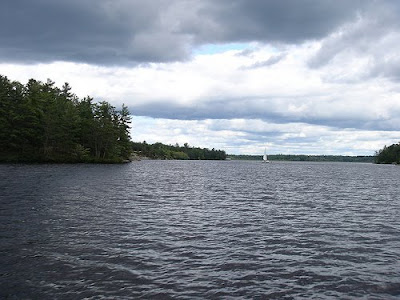 We saw (& passed) a sail boat on the way back to the landing. 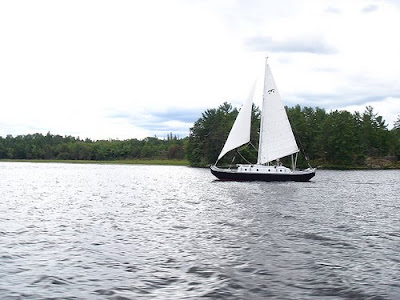 I've spent my whole life in & out of boats (my dad's side of the family builds cedar strip boats - we had quite a few of these for the tourist camp my parents used to run) - but I've never been in a sail boat. They look fun. 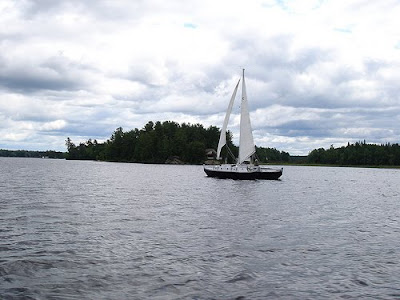 There are many islands on lake Nipissing, most with cottages, but some without. 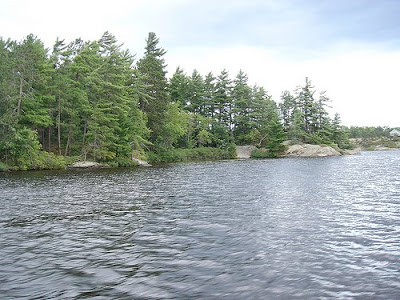 It's always a beautiful, scenic ride. Peaceful if the waves aren't too choppy (which they were). 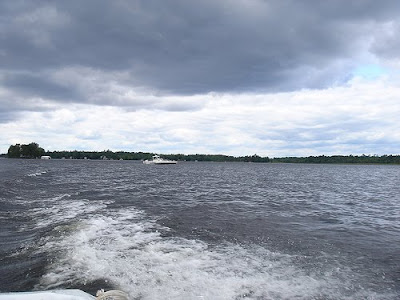 I know you can't tell - but that's 2 boats: a police boat that stopped someone else. Yep - the cops can "pull over" your boat - they monitor fishermen mostly, make sure they aren't drinking and driving (yeah right) or going over the limit. 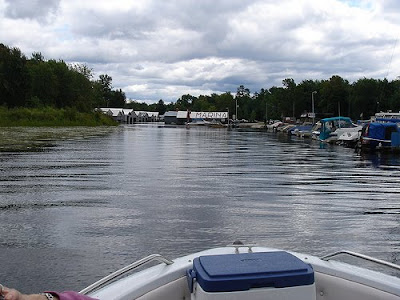 Here we are, back at Wade's landing. Here's about where we kill the motor so we don't have a big wake knocking the boats around. 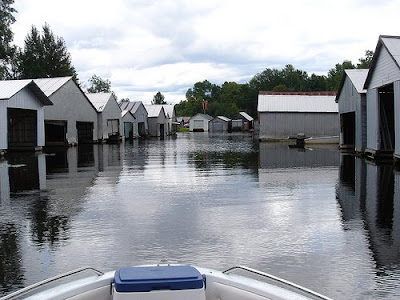 These boat houses are so old, it's amazing some of them are still standing (especially the wooden ones). 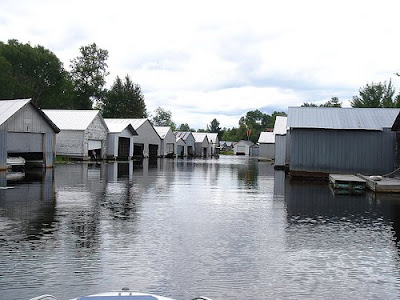 But they're charming in their own way...

Well, that's the boat ride - stay tuned for a tour of the island & cottage!
Posted by Amanda at 8:56 AM

Whoa! EVERYONE is on vacation! I am here. Ew.

I just today got around to going on your boat ride! Great fun and great photos!

Hello !.
You may , perhaps very interested to know how one can collect a huge starting capital .
There is no initial capital needed You may commense earning with as small sum of money as 20-100 dollars.

AimTrust is what you haven`t ever dreamt of such a chance to become rich
AimTrust incorporates an offshore structure with advanced asset management technologies in production and delivery of pipes for oil and gas.

It is based in Panama with offices everywhere: In USA, Canada, Cyprus.
Do you want to become really rich in short time?
That`s your choice That`s what you really need!

I feel good, I started to get income with the help of this company,
and I invite you to do the same. It`s all about how to select a correct partner who uses your savings in a right way - that`s it!.
I earn US$2,000 per day, and what I started with was a funny sum of 500 bucks!
It`s easy to start , just click this link http://vyqigeme.ibnsites.com/jycaqy.html
and go! Let`s take our chance together to get rid of nastiness of the life