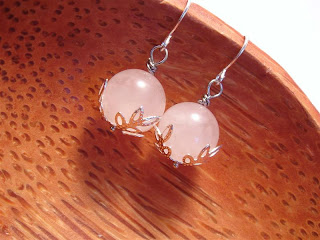 I love my job! Oh sure, I like to complain, and it really isn't a job so much as graduate school work ... but I love it. And today's just another good example of why. It's raining out. I mean, really pouring. I don't have an umbrella, and even though I only live about a 5 minute walk away, I'm not heading in until the weather lets up a bit. I'm afraid it's going to be soon... but I'm hoping not!

In the meantime, I figured I'd update my blog and post a few items on Etsy. Maybe get some much needed cleaning done... maybe. Certainly I won't be getting any real work done, even though I should and could.

Wednesday, I donated blood to a girl who's also in graduate school. She needed some monocytes in order to differentiate them into dendritic cells, and use them for a Crohn's disease study. Sounds cool enough, and she has trouble recruiting donors, so I figured why not. $10 for 100mL... that isn't so bad. Stupid me forgot to eat breakfast that morning though. Big mistake. After 80mL, I was so lightheaded they had to stop. The poor girl had to go get me an orange juice, and I had to sit with my head down for a while (it was just in a lab, so I was sitting on a stool, not lying down to give blood). But, in the end, it wasn't so bad. I got most of the morning off then too! Hahaha, oh the life of a research student! 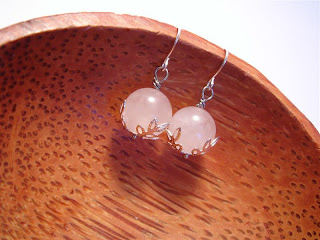 Anyway, I posted some new earrings. I've called them fairy dust, because the silver really brings out the translucent magic of the rose quartz rounds. I made these ones after I made these very similar earrings in brass: 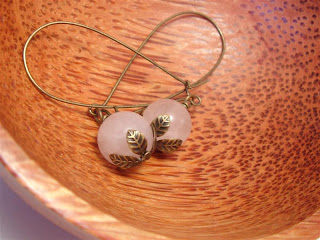 I'm calling these ones fairy rust... although they aren't rusted, the brass gives the quartz a more vintage, classic feel to them. This is officially a sneak peak, as I will be posting these in the very near future!
Posted by Amanda at 9:29 AM

lol--gotta remember to eat! Your little earrings are so cute--love the leaf detail on the bottom of the quartz.
Smiles, Karen

Those are really pretty....I especially like the vintage looking ones :)