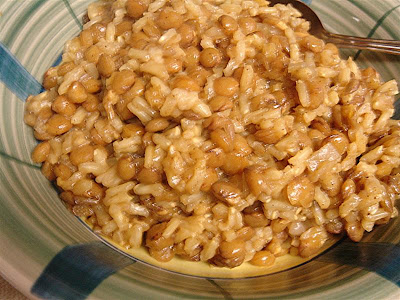 I found this basic recipe online, but the seasoning was left up to the chef. The recipe gave a few suggestions - Middle Eastern, Mediterranean - and since I was looking for a Middle Eastern flavour, I took their hints and tweaked it to the spices I had. Of course, when I went to repeat this on Saturday, I couldn't find the recipe online... but I remembered the gist of it and it turned out great.

1. Chop the onion, celery and garlic and fry in oil on medium until translucent.

2. Rinse the lentils and rice. 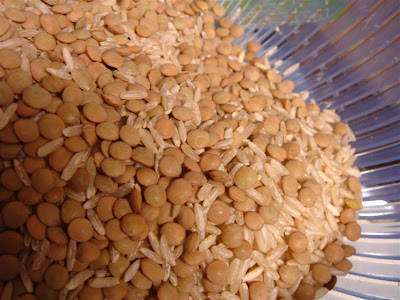 Add to the onion mixture and add in the broth. Bring to a boil, then reduce the heat and simmer for 30 to 45 minutes, or until all liquid is absorbed, and lentils and rice are tender (but not mushy). 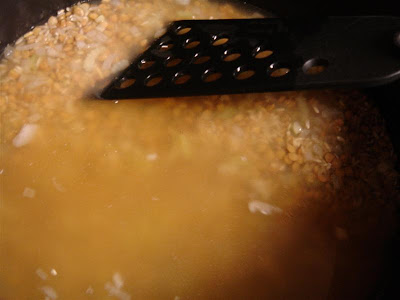 3. You can add your seasonings at any point. I added salt and pepper while frying the veggies, and the rest of the spices once I added the broth. The amounts of each spice depends on your tastes, but I tried to balance the sweet and spicy. 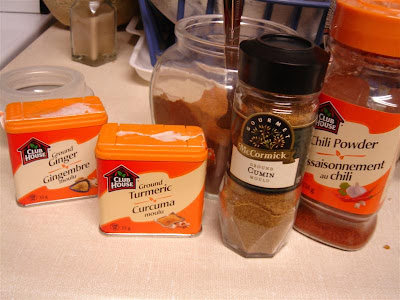 Enjoy! This is also delicious heated up the next day (as seen in the photo below - it's just a little less juicy as the night before). 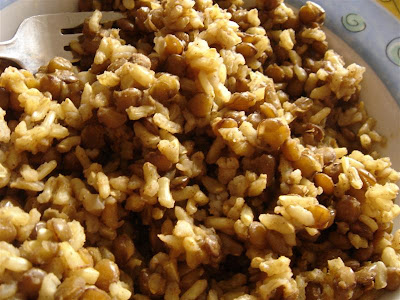