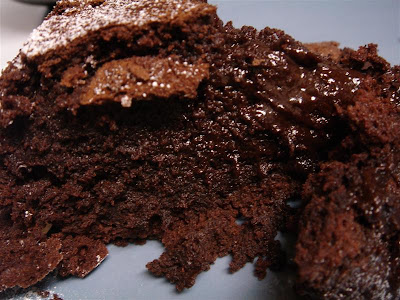 I wanted to make a decadent chocolate cake this weekend (of course, I didn't get around to it until Monday night, but no matter). I found this recipe in an old recipe book I stole from my mom: Chocolate Dreams by Chef Express. I thought it was really freaky that Bakerella just posted a very similar recipe (though flourless). But I'm glad she did because the recipe I have called for caster sugar. I only have regular white sugar, and that's what Bakerella used so.... onward we go!

I didn't have a spring pan, which is what you're supposed to use in order to cut a pretty piece of cake. I didn't care about looks, so I just used a 9" glass dish I had. I greased it and dusted it with cocoa (pretty sure that was a tip from Bakerella). 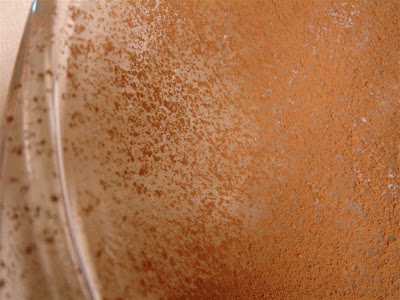 2. My recipe says to melt the chocolate, butter and sugar together in a bowl over a simmering pot of water..... I followed Bakerella's easier instructions. I microwaved the chocolate and butter for 30 second intervals (on power 8), stirring in between. Once all the chocolate is melted, stir in the sugar. 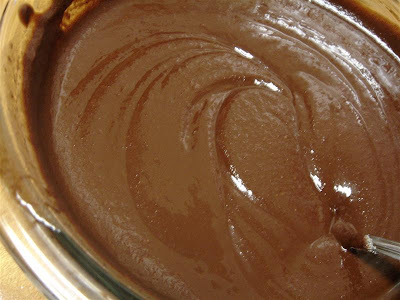 3. Let the chocolate mixture cool while you separate the eggs. Which is a lot of fun (as long as you don't mind getting your fingers a little wet)! Place the whites in a clean bowl and beat them until stiff peaks form. The egg yolks will be added in one by one. Of course, I forgot to take a picture before I mixed one of the yolks in. And I had one casualty... 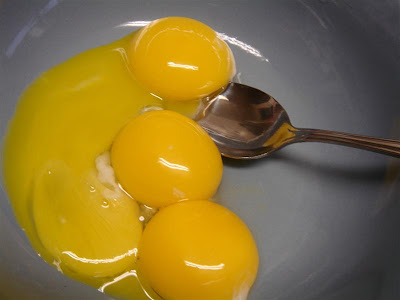 It's still rainy.... but the yolks are sunny! 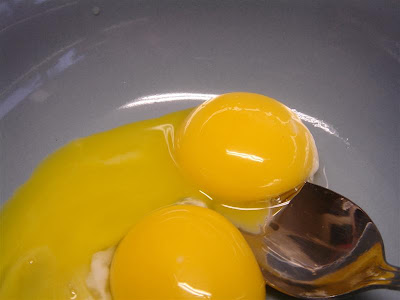 4. Once the chocolate has cooled a bit, beat in the egg yolks, one at a time, beating well after each addition. Next, fold in the flour. Yes, I used my pretty Russian doll measuring cups! 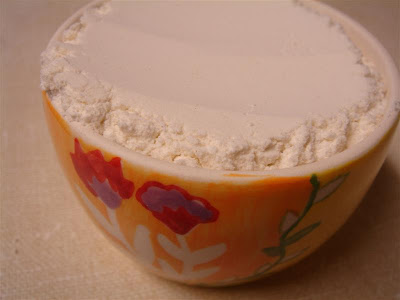 5. Now fold in the beaten egg yolks. This seemed to take a long time... But when I was done, I had a fantastic, light, airy batter full of bubbles. 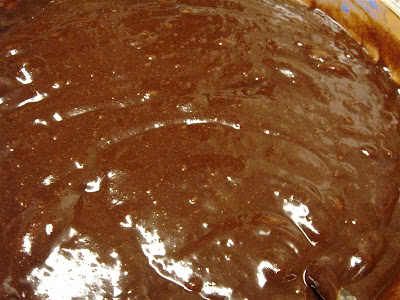 6. Pour the batter into your greased and floured/cocoa'ed pan and bake it at 350F for 45-50 minutes. Make sure the cake feels firm and isn't too jiggly, but it's ok if the toothpick doesn't come out clean. You want a gooey centre. 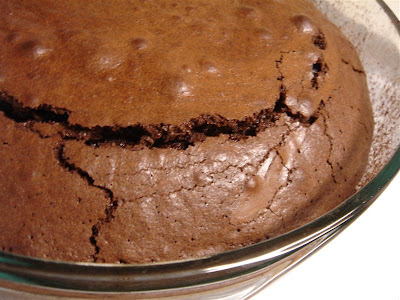 Mine was cracked and puffy when it came out. Smiling because it smells so good! 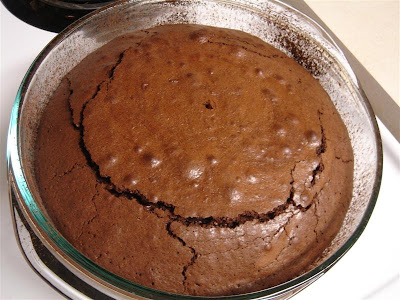 Bakerella said her cake would fall, and mine eventually did a bit. I dusted the top with cocoa and icing sugar. 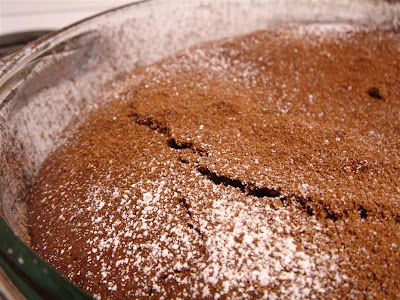 It's so pretty, it's almost a shame to eat it. 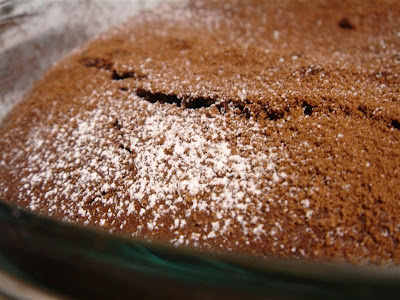 Who am I kidding? I rushed through supper so that I could sink my teeth into this. 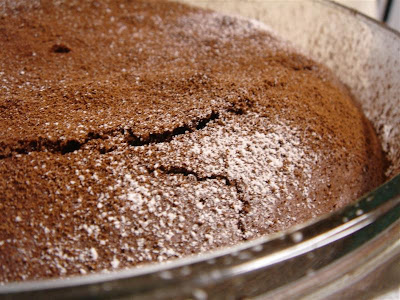 It was still a little warm, the centre gooey, the crust crunchy and the in-betweens cake-y. It was oh-so perfect. Oh-so delicious. I'm so stuffed with it as I write this, but I want more... Absolutely decadent...I think someone gave me a recipe similar to this, but it had a different name. We ate it warm with ice cream on top, it was good!

How cool of you to take so many pics of the process and post them!
Thanks Amanda!