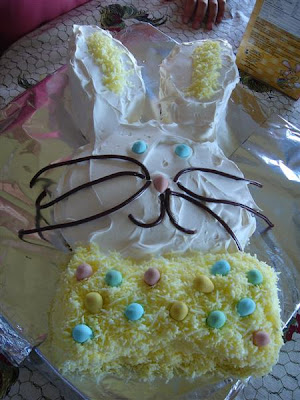 I'm back in Hamilton, and - lucky me - I have the day off. I plan on catching up on some sleep, but first, I wanted to post some (lots of) pictures of the Easter egg hunt my mom had for the kids. She also made a bunny cake (I helped decorate :) - it was delicious lemon cake with cool whip icing. mmmmmmmmmmm

Let's start the hunt with one very excited little boy: 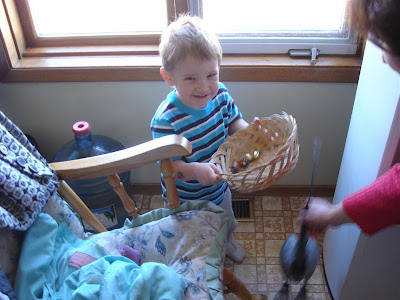 He was moving fast! 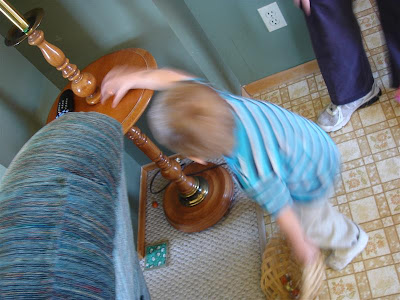 Jaden found an egg behind a cast iron chicken! And Eddy just added a few more to his basket! 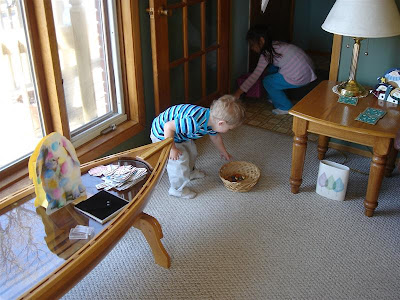 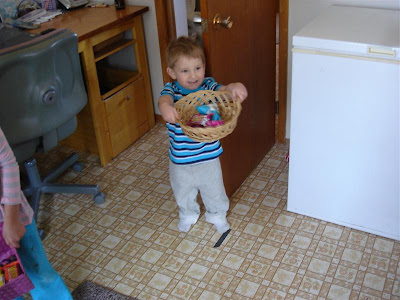 Eddy found another egg behind this ceramic chicken - then smiled for the camera: 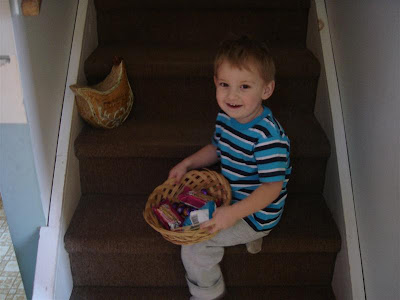 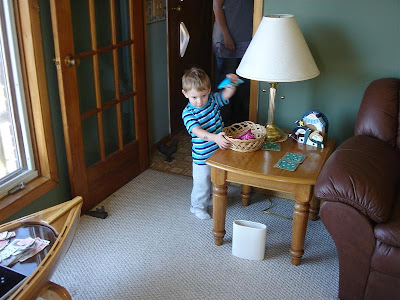 Getting a lift from dad (while smiling for Auntie and grandpa): 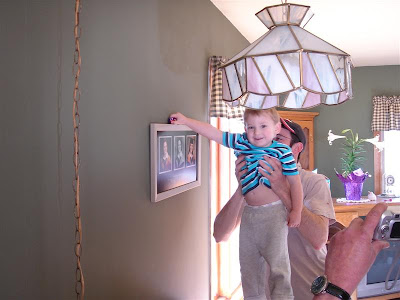 Had to take a break to pet Rosemary, our bunny and the Easter bunny's girlfriend. 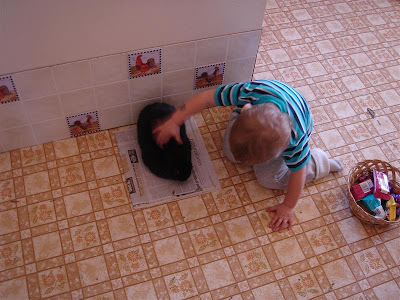 Comparing their findings (recognize the baskets?). 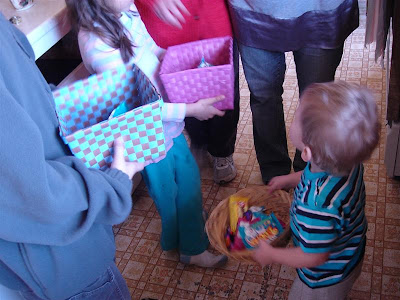 After finding a few eggs in this lego blimp, Edward decided to move all his loot into it. 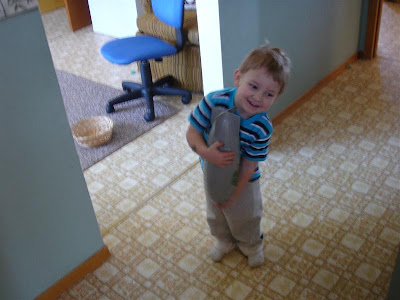 Afterwards, my mom went through a box of used clothing she got from one of my Aunts (clothes that no longer fit her daughters). There was a cute tshirt with a farm scene that fit Eddy. He put it on himself ... and managed to fit his head in the arm hole! I wasn't fast enough to catch a picture of the sleeve up around his face, but here he is struggling while everyone laughs at him. 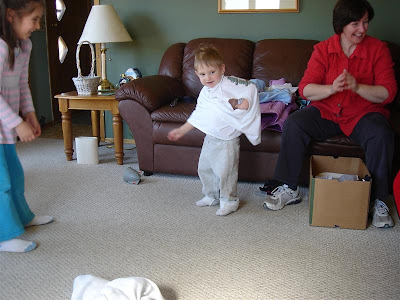 With a little help from grandma, we see that the shirt fits well. Show us your nice new shirt Eddy: 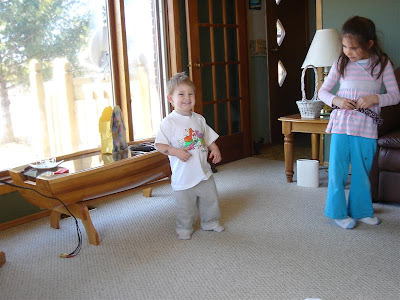 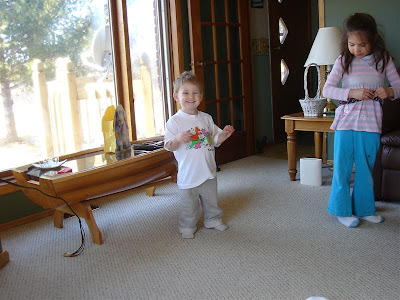 You can expect more pictures of my sweet nephew coming up soon!
Posted by Amanda at 9:46 AM

Adorable...I'm sitting here with a smile on my face. Glad you had a nice visit!