This summer, I first tried & fell in love with ratatouille. 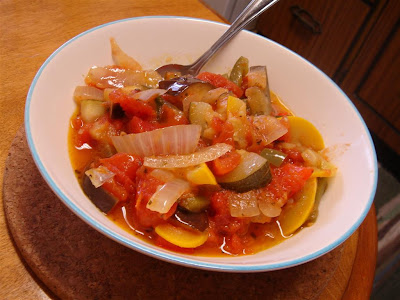 It's basically a vegetable stew - traditionally, all the vegetables are cooked in separate pots & mixed together at the end. But you can cheat & cook it all in the same pot - only the sequence of veggie additions becomes very important so that they all cook evenly. So it's actually really simple & doesn't take all that much effort. The end result is hearty enough to be a main course (especially when served on rice) but also works really well as a side for just about anything.
Ratatouille
Ingredients:
1 onion
2-4 cloves of garlic
2 green (or red, orange or yellow) peppers
5-6 large tomatoes or 2 large cans of chopped tomatoes
1 medium zucchini (or 2 small)
1 eggplant (or 2 small)
basil
thyme
parsley
salt & pepper
around 1/4 cup olive oil
Methods:
1. Start by slicing your eggplant into coins. Salt both sides & place them in a colander in the sink while you prepare the ratatouille. I'm not exactly sure why, but salting the eggplant for about 10-15 minutes helps to cut down the bitterness of the vegetable.
2. Chop the onion. Add about 1/4 cup of olive oil into a large pot - enough to cover the entire bottom. Add in the onion & turn on medium-low. 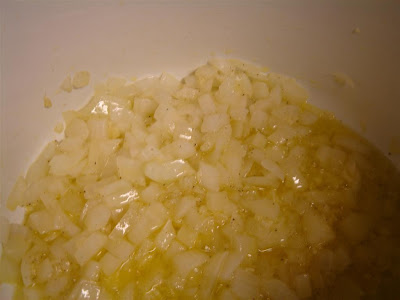 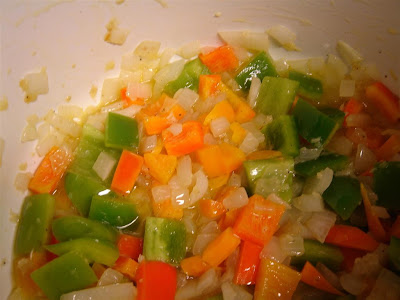 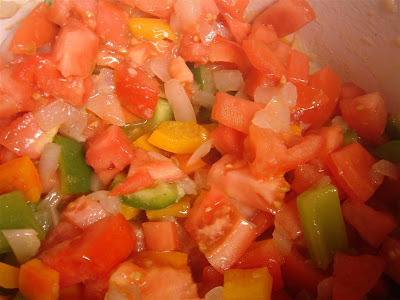 Give it a good stir. If it wasn't sizzling a bit before you added the tomatoes, turn up the heat a little bit now.
6. Now it's time for the spices. Add in basil, parsley, thyme, pepper & salt. I add in lots, but it's really up to your taste. Sprinkle them over the top - stir, taste & add more accordingly.
7. Chop the zucchini & add to the pot. 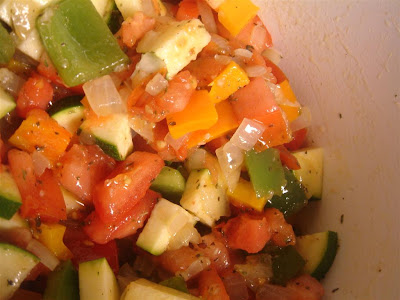 Stir occasionally.
8. Rinse the eggplant. Chop it up & throw it in. 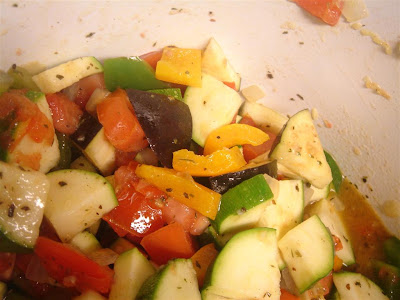 Give it all a good stir. Taste it again & add more spice accordingly. Let it simmer on medium-low for at least 15 minutes, just make sure it doesn't start boiling too hard. You can leave it on low for up to 45 - 60 minutes. Stir occasionally. The vegetables should be soft when ready.
Best served on brown rice. 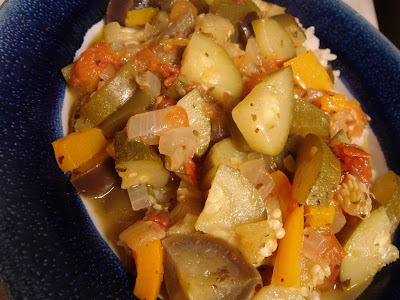 Optional: add in some yellow summer squash
Posted by Amanda at 3:36 PM

It looks so Yammi. and the way you pictured evry step is amazing,
I'll try it soon as the weather here is mor like spring now and not winter.
Thanks