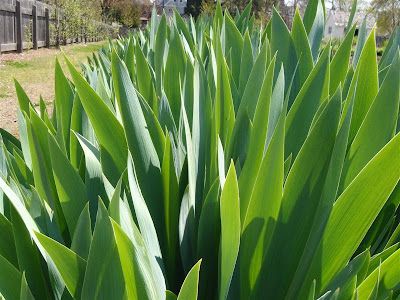 Last weekend was Open Doors Hamilton. This is an event the city holds each year where a whole slew of historic buildings open their doors to the public, for free. Some places have guided tours, and others just let you wander around. Last year, I got to see many old churches, the armory (where I touched Hitler's door knob!) and a Conservatory for Music that happens to be in a very old building. 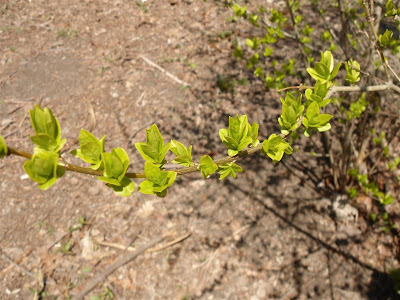 This year I wanted to go see Dundurn Castle. This is the largest "house" built in Ontario and Quebec and it was build in 1835 for Sir Allan MacNab, one of Canada's first premiers. The castle has been restored to around 1855, so we can see what it was like to live there when MacNab was at the height of his career. There are over 40 rooms, and it's set in wide open gardens. 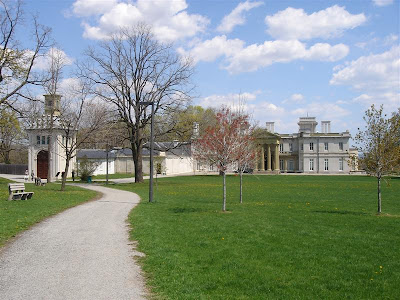 I took lots of photos, so I'll be sharing them with you over the course of a few days. Today, I just want to show you outside. Above, you see Dundurn Castle from the front - the columns being the front door and the path leading to the stables. 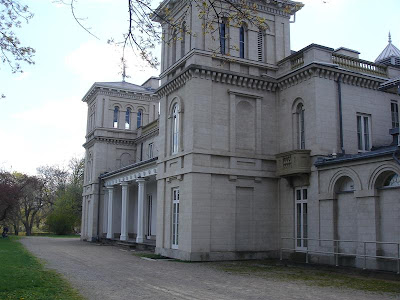 This is a view from the side/back of the house. I love the architecture. 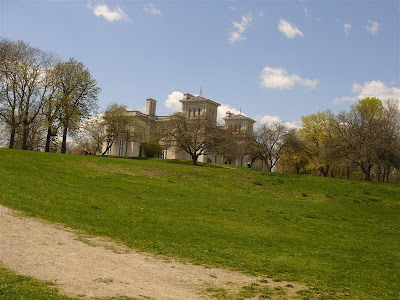 Again from the side/back, but from further away in the garden (and with a different camera setting to get that bright green grass). 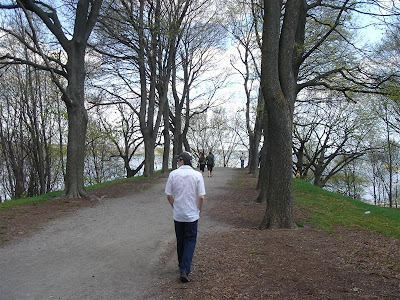 And finally, here's Pat walking down a path at the back. This leads to the edge of a "cliff" where you can look out onto Lake Ontario (and railroad tracks). 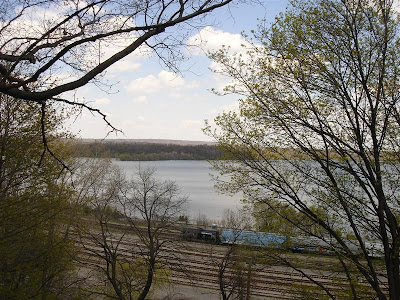