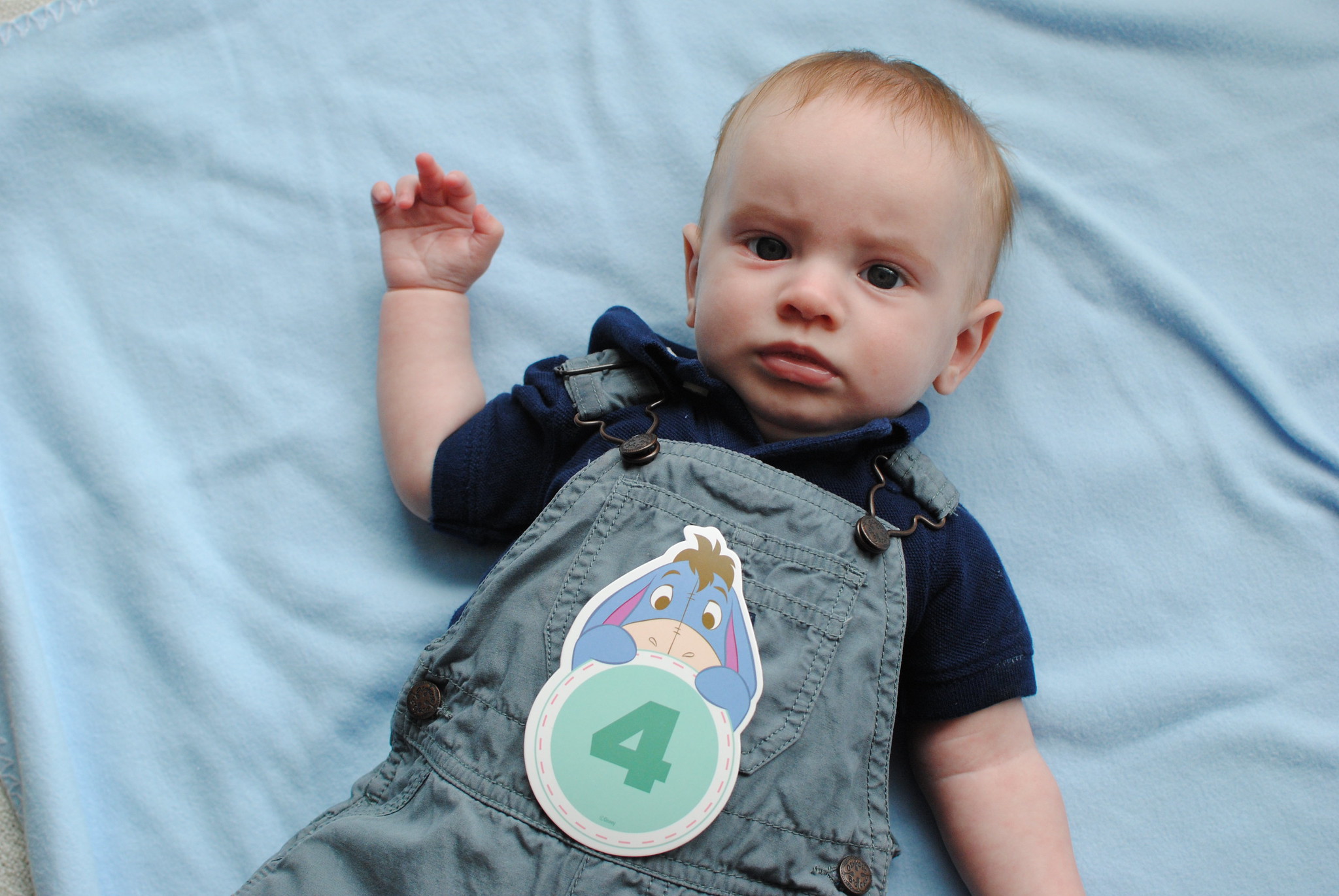 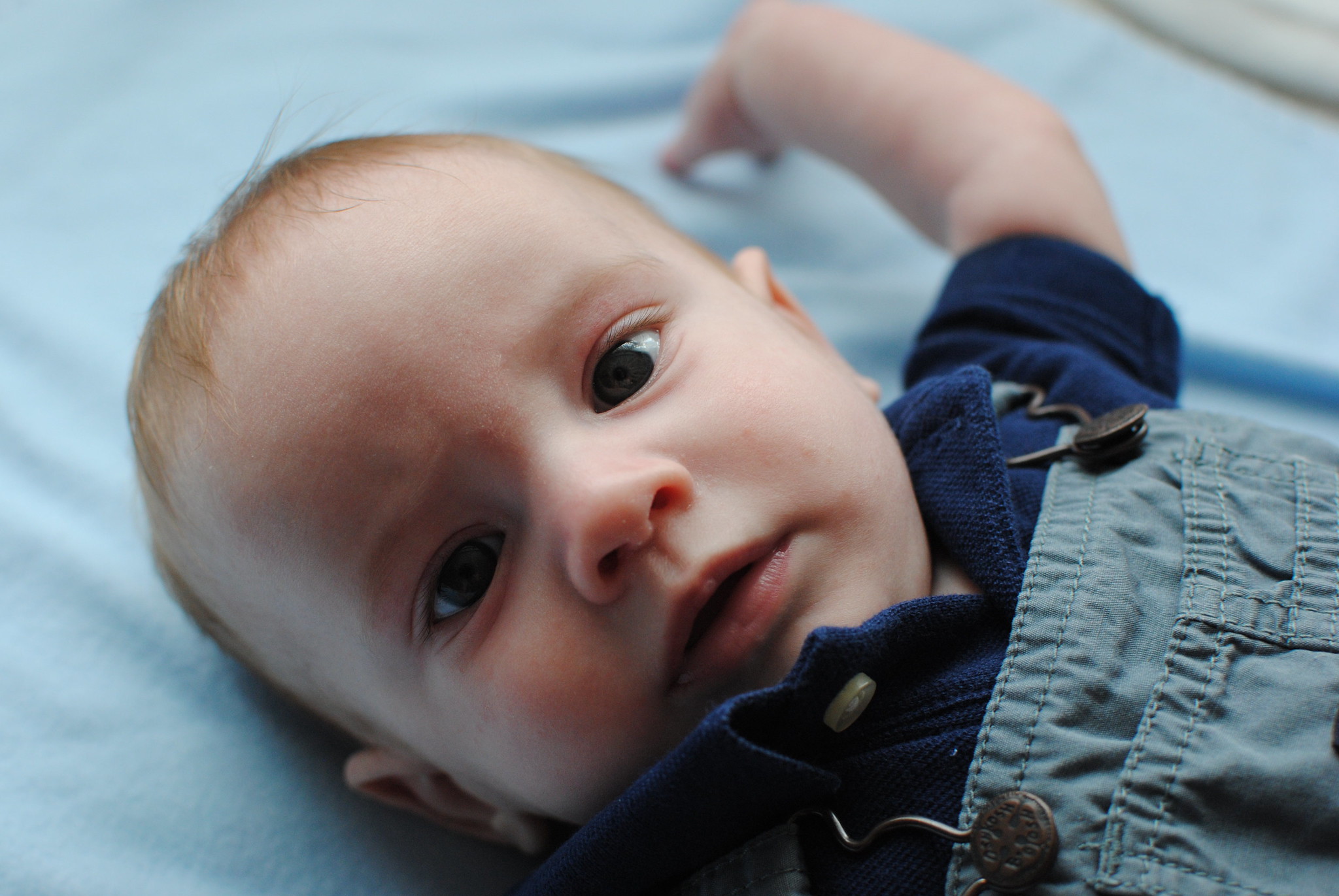 This month, Marc made quite a few more developmental leaps. He started rolling over (from front to back - the other way is a bit trickier, but we're working hard at it!), wiggling around, really grabbing at and mouthing toys, giggling (the sweetest thing ever), blowing wet raspberries and "chatting" away. We also figured out our naps - it took a few days of "fussing it out" but he quickly got the hang of it. I can now put him down drowsy but awake and he'll put himself to sleep with little to no fuss. And he stays asleep for at least an hour, often longer. What a difference that makes for this mama! 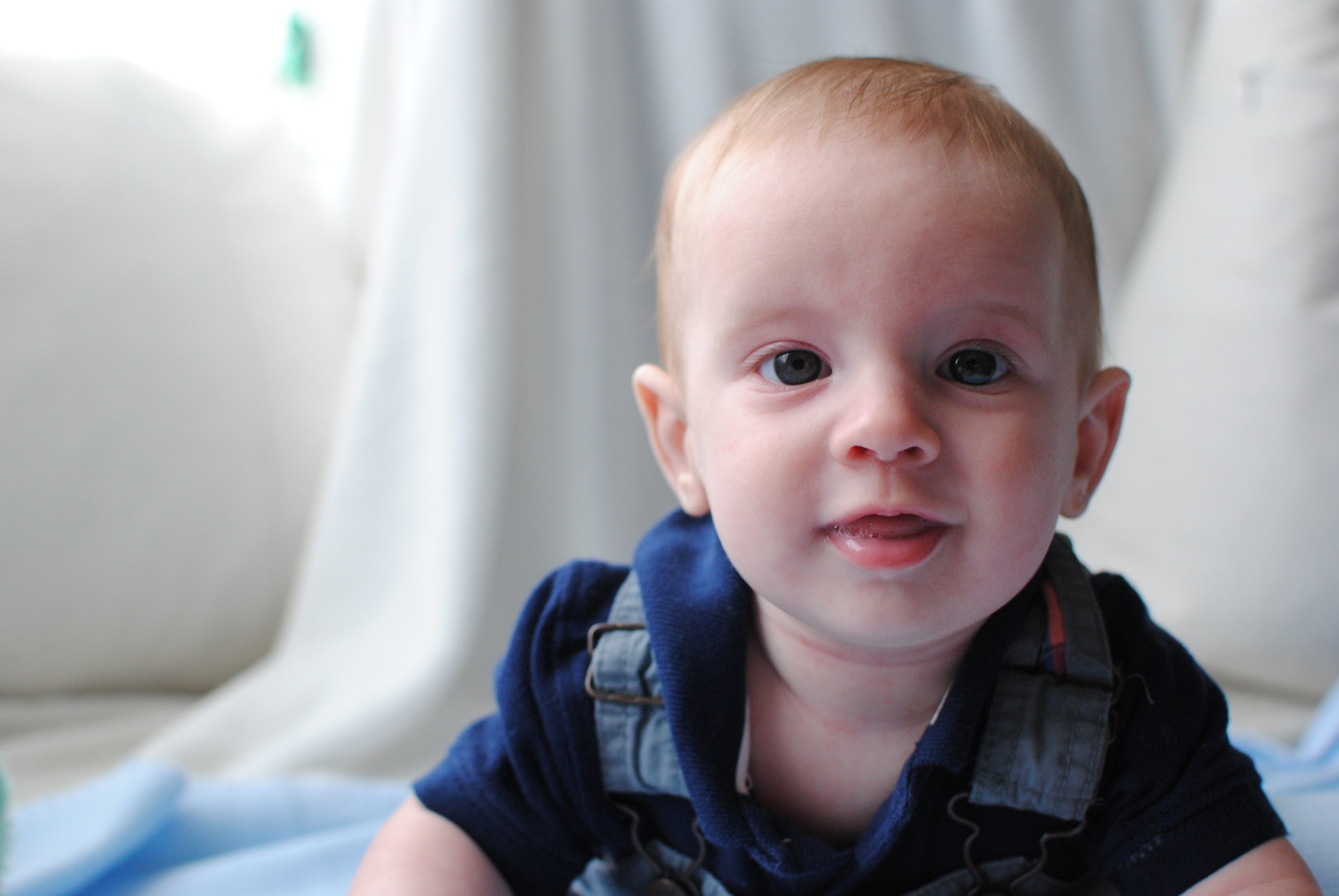 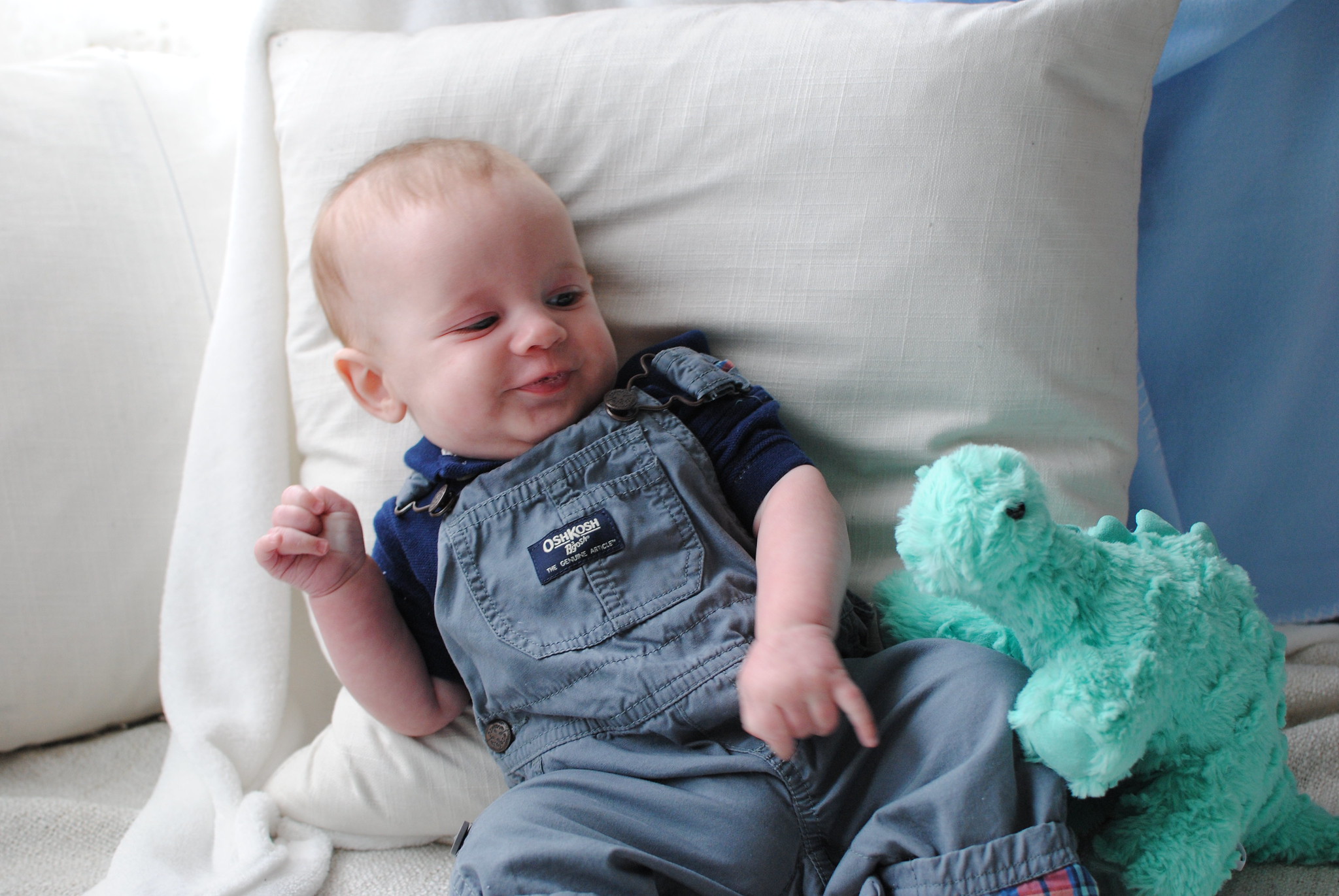 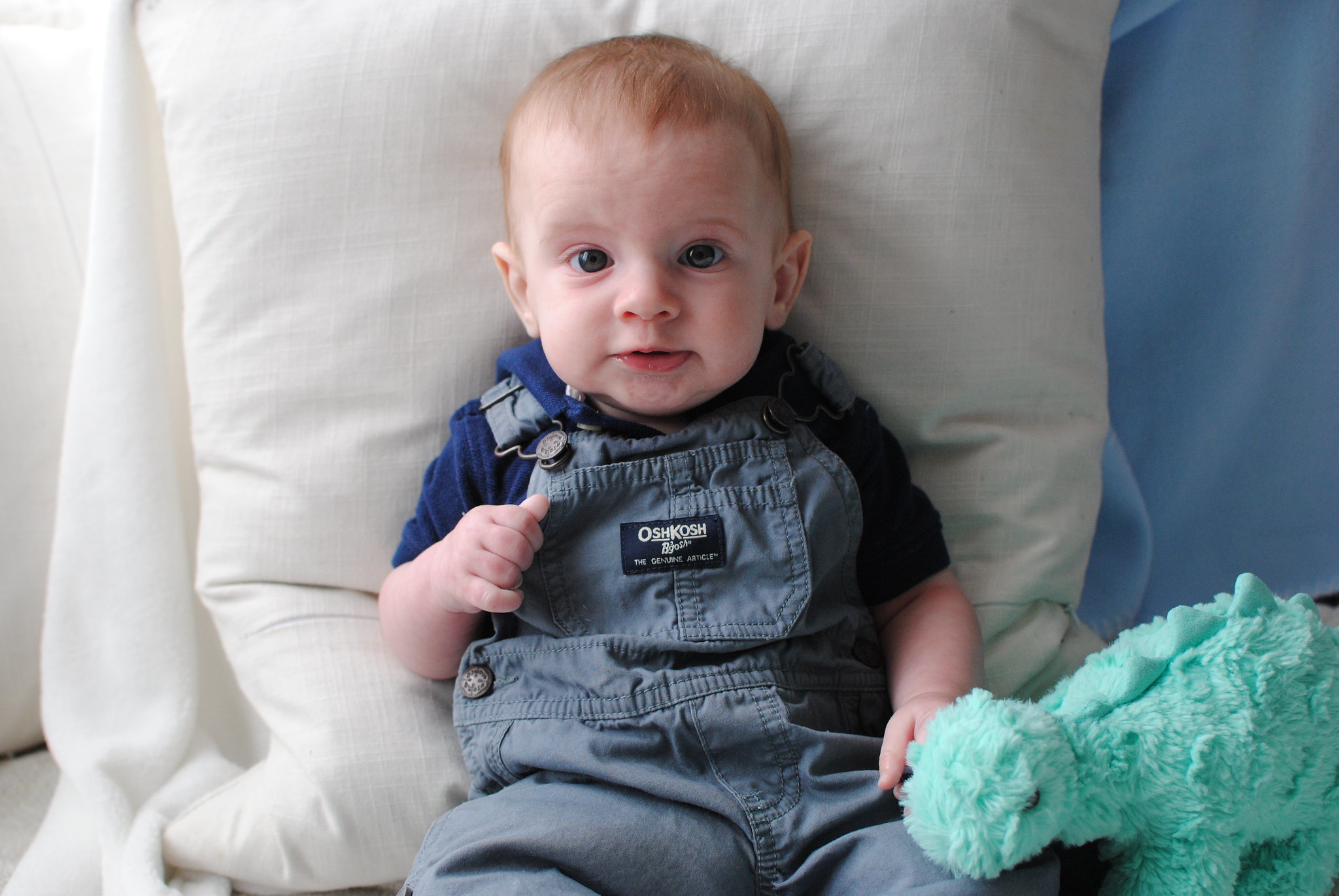 He's getting so big! We recently started pulling out (and shopping for) 6 and 6-9 month clothing  - the 3 month pants and sleepers are getting a bit short. It amazes me how much variation there is to baby sizing though. He has some 6-9mo onesies that are smaller (or at least shorter) than some of his 3mo ones. But that's a whole other blog post...

We introduced Marc to Disney this passed week. He was quite enthralled for over half an hour; it was pretty cute. He's getting more and more independent in his play too, which again makes things much easier on me. He wants to be sitting up more now, so we've been working on strengthening to sit in the bumbo. He still doesn't like the swing very much.. I've pretty much given up on it.

His little expressions make my heart smile. He saves the best smiles for me and Pat - they make every hard moment worthwhile. He just loves his daddy and gives the biggest smiles when Pat walks in the door at night. I love my little family so much! Here's to another month of joyful growth!
Posted by Amanda at 11:22 AM