Here's a little recap of the first Halloween in our new house!

First thing we did was carve our pumpkins! I went with a fun, cute and easy design - Pat decided to be ambitious. His "stencil" stage came out a bit wonky, which was disappointing for him since he carved it really well. Can you tell it's supposed to be a monster head? 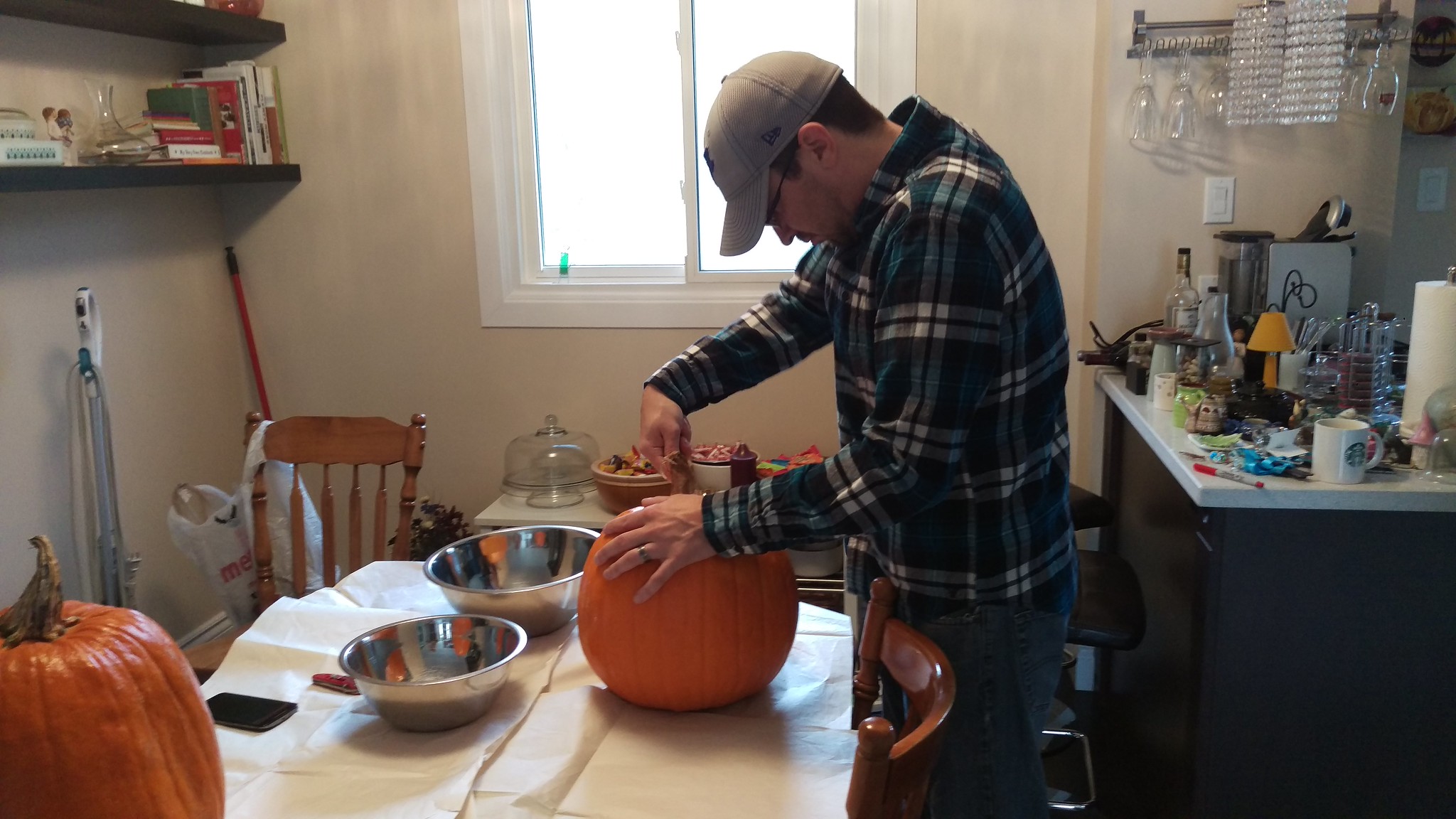 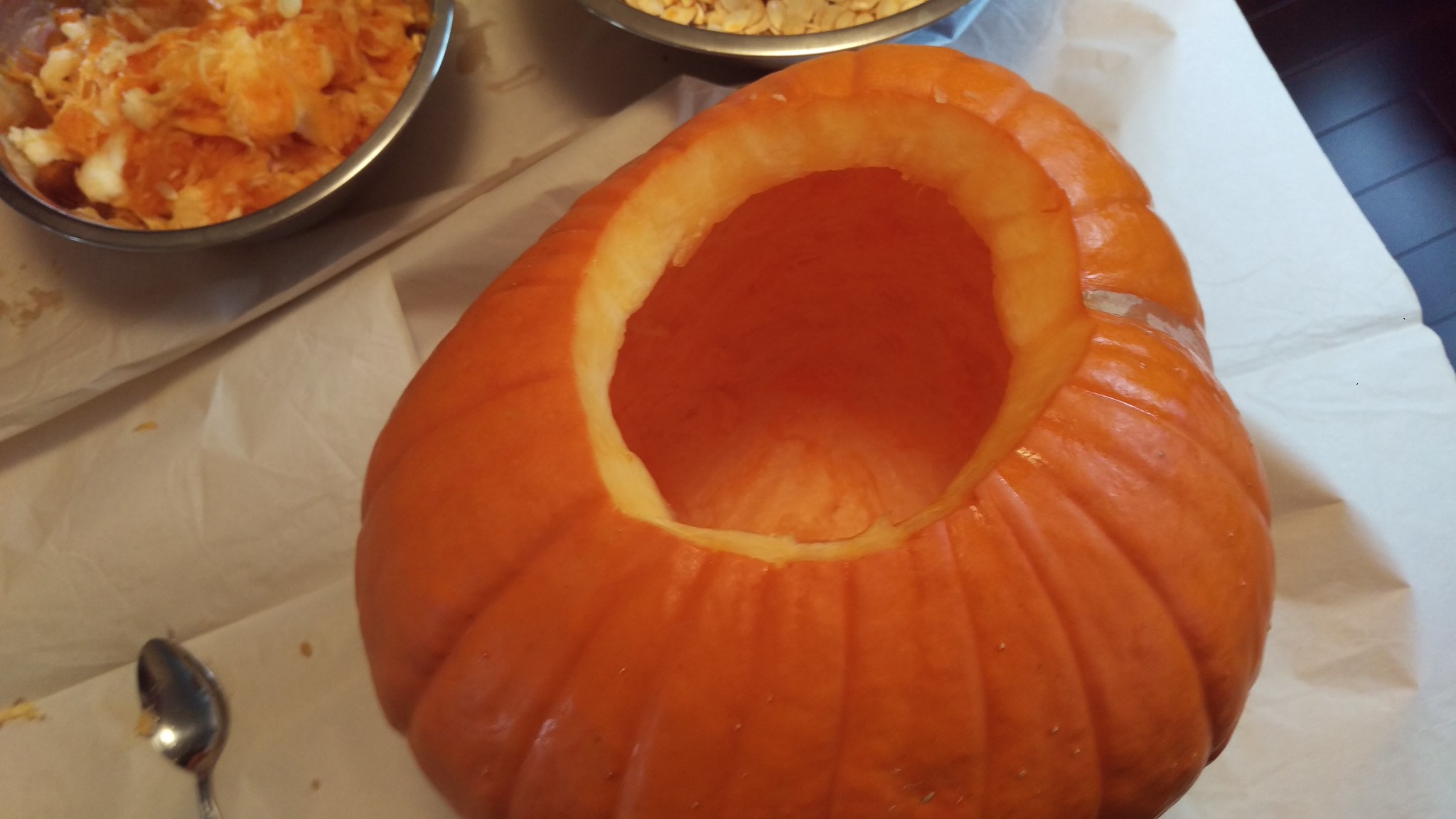 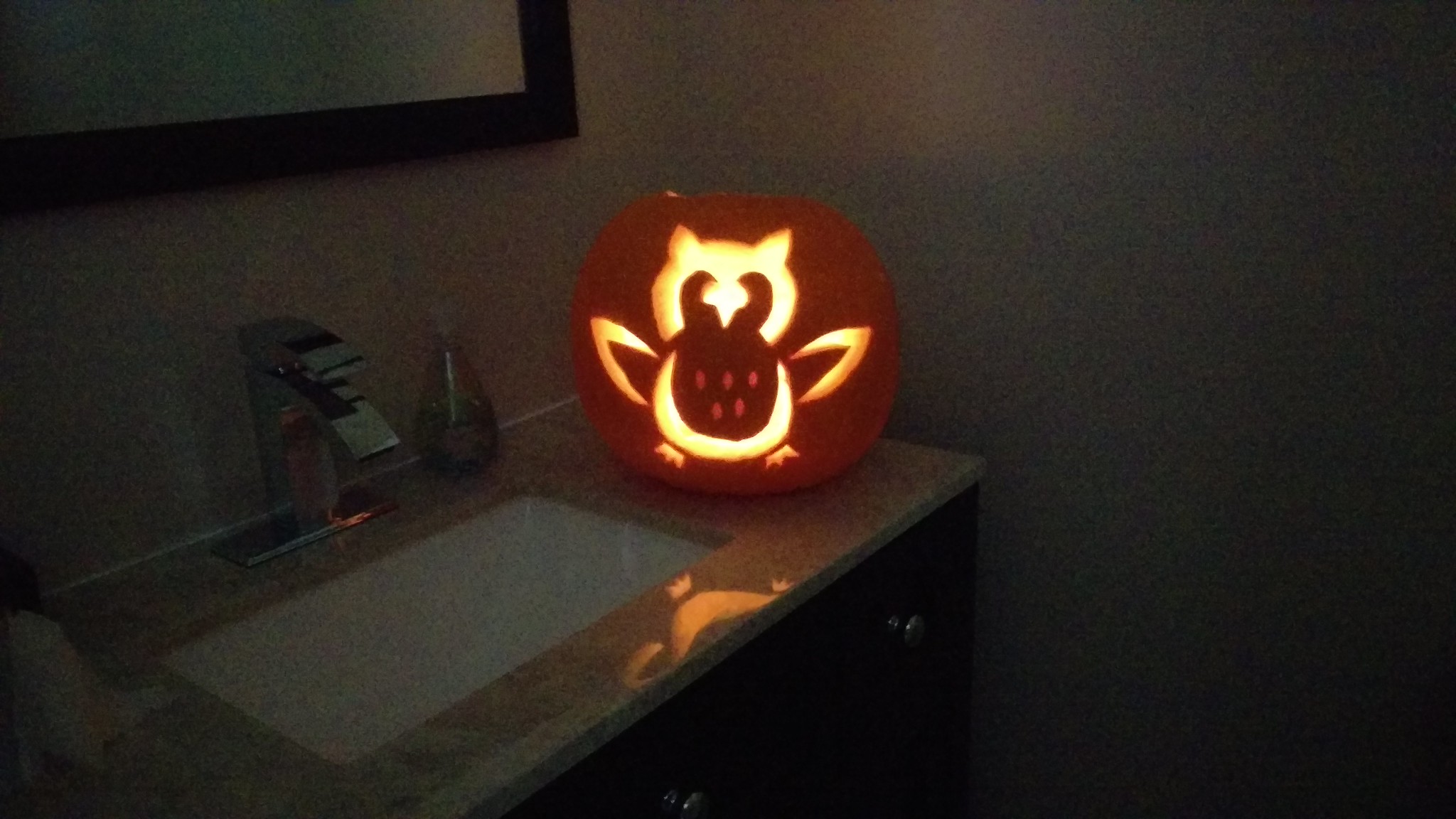 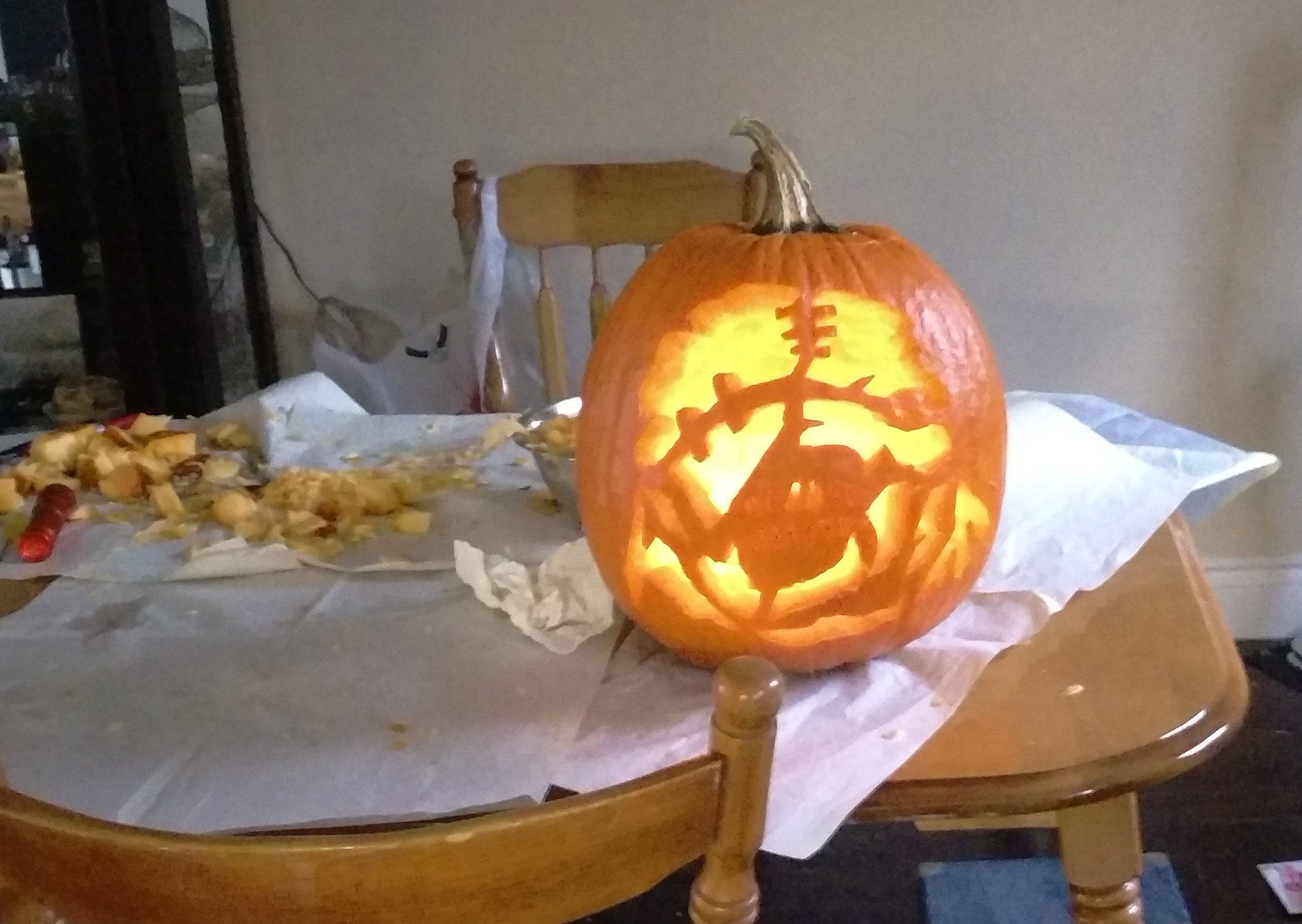 Once those were done and on the porch, I decorated the entrance and set up the candy station. Things started rolling around 6:15 - which I thought was a bit late, so I didn't expect too many kids. But things picked up and we had 132 visitors by the end of the night (around 8:30, just when it was starting to rain a bit). We actually ran out of candy - I was very generous with the first few dozen kids, then slowly started reducing the number of pieces I gave out. We ran out at around the 115 mark, so Pat raided his office "stash" and we gave out fruit snacks and Gushers. Once those ran out, I handed out a few granola bars... Haha, better than nothing, right? 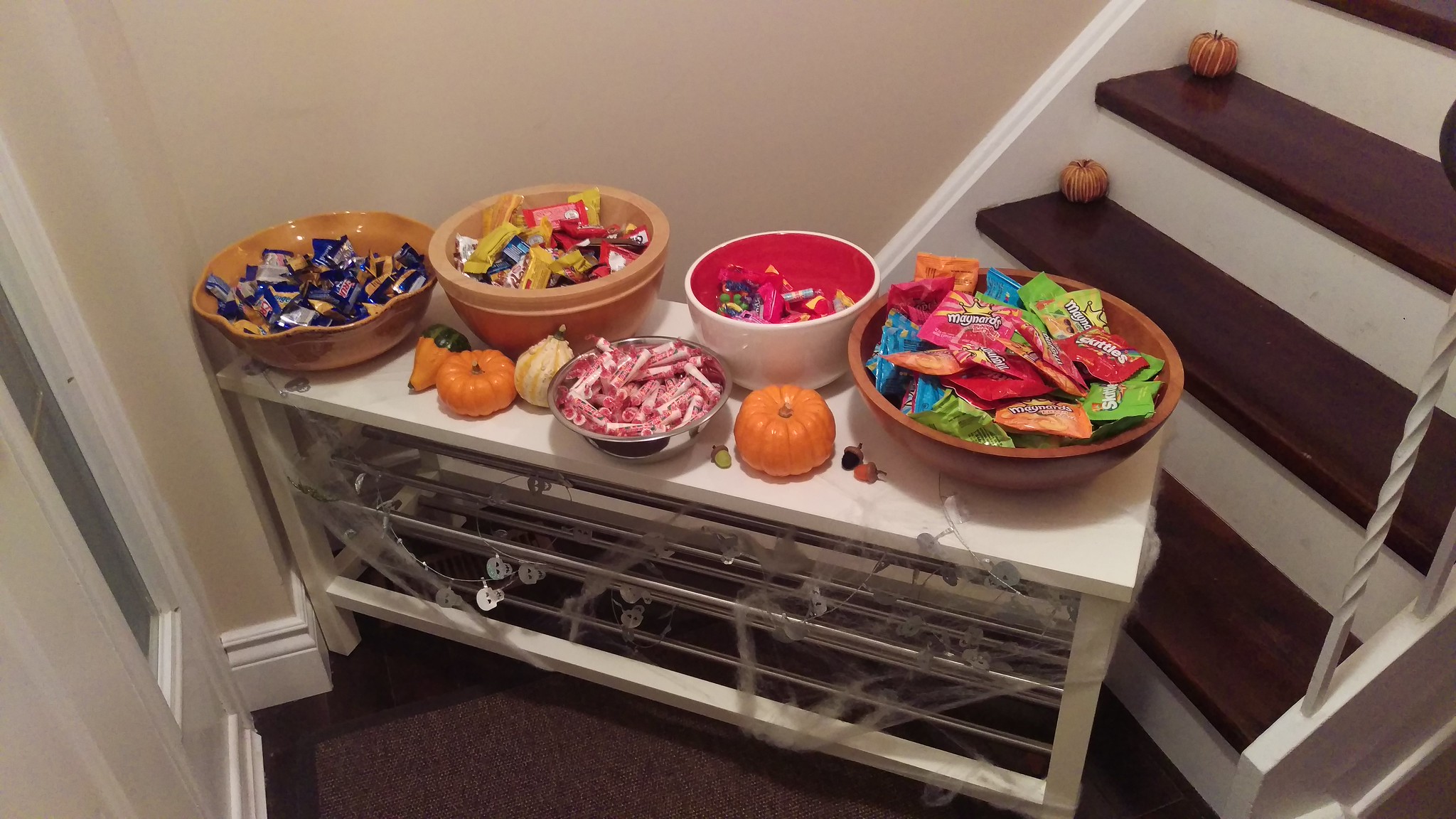 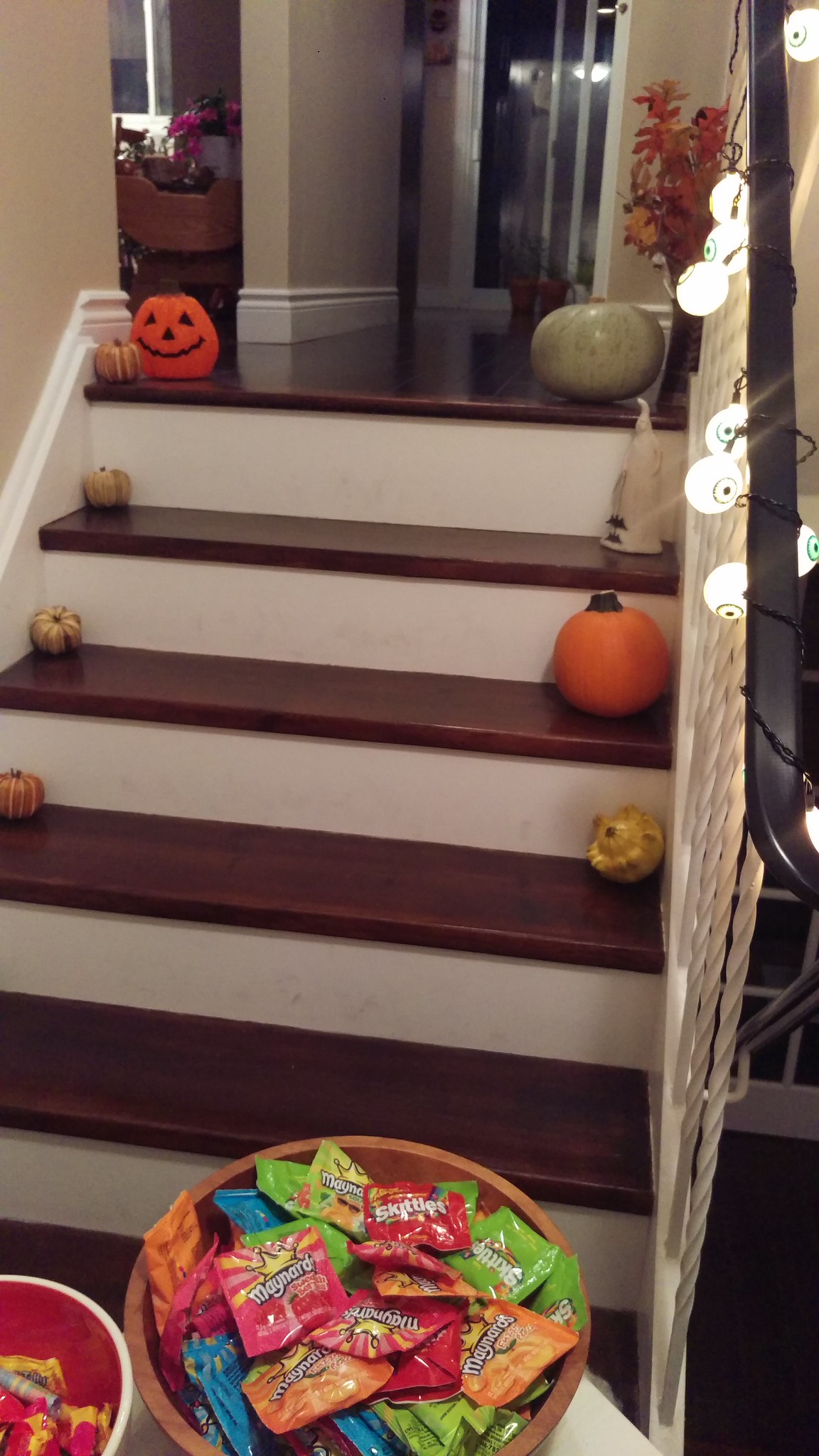 Of course I semi-dressed up (actually, not really "of course" since I'm not really that into dressing up, hence the "semi" - but I made this costume a few years ago and never had the chance to wear it again, so why not?). I clipped on my bat ears and tied on my homemade wings (sorry, no picture of those, though I did blog about them when I made them back in Hamilton... in 2010. Holy crap time flies!). 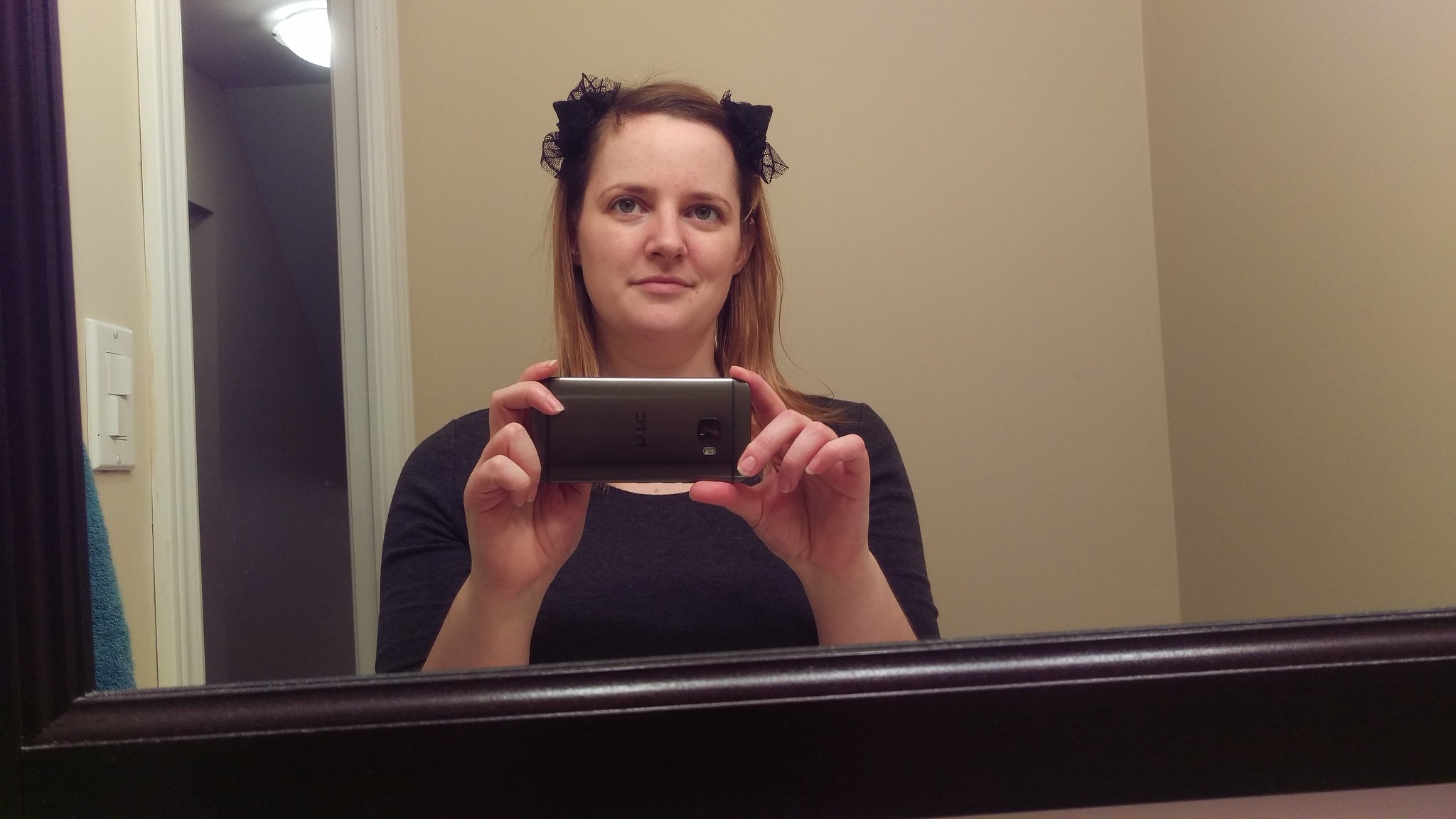 After the trick-or-treating, I poured myself a glass of wine and roasted our pumpkin seeds. As per my mom's recipe, I cleaned them well and then sauted them with lots (LOTS) of butter and salt. Then I roasted them for about 15min until they were nice and toasty and crunchy. YUM! 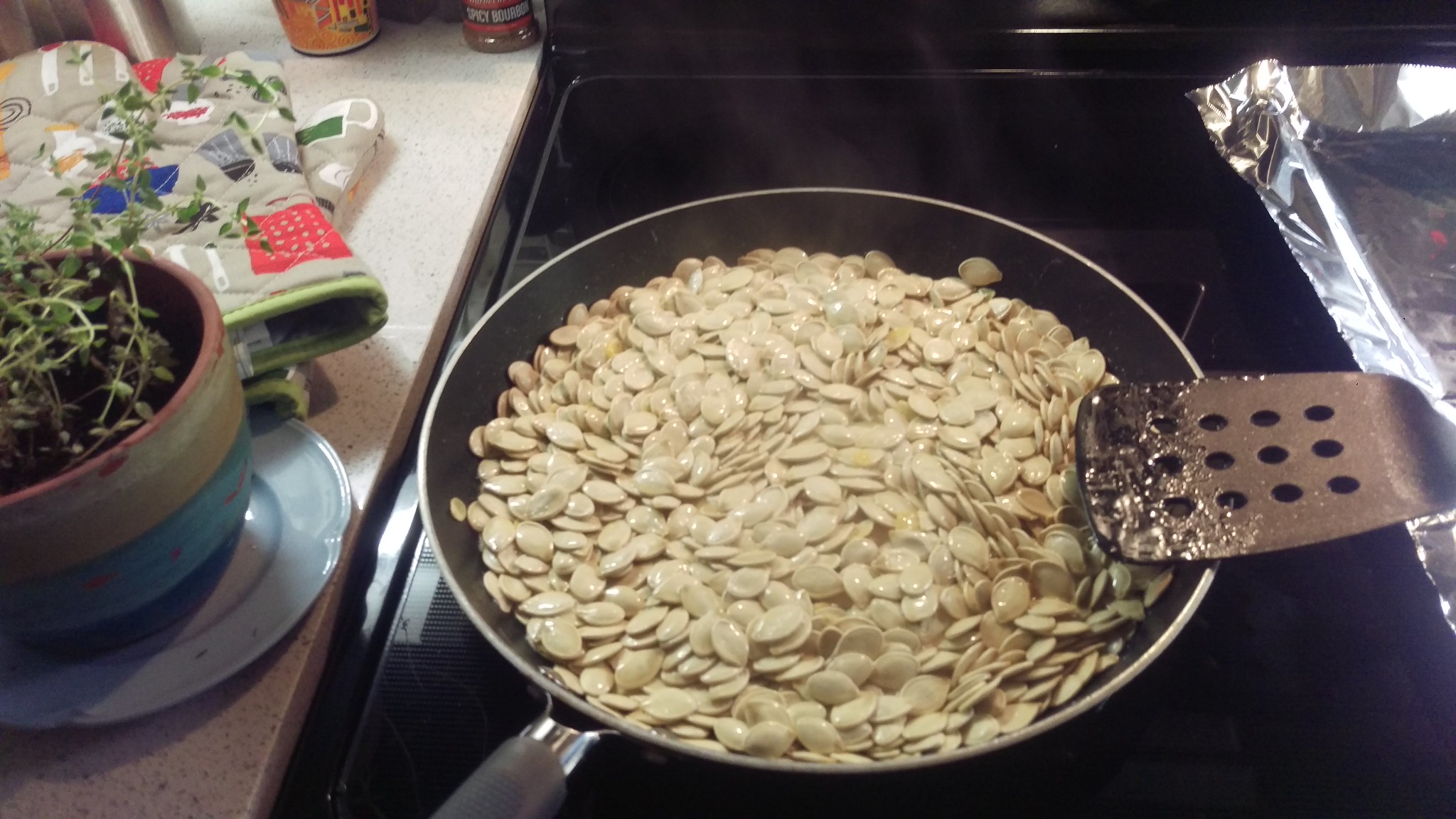 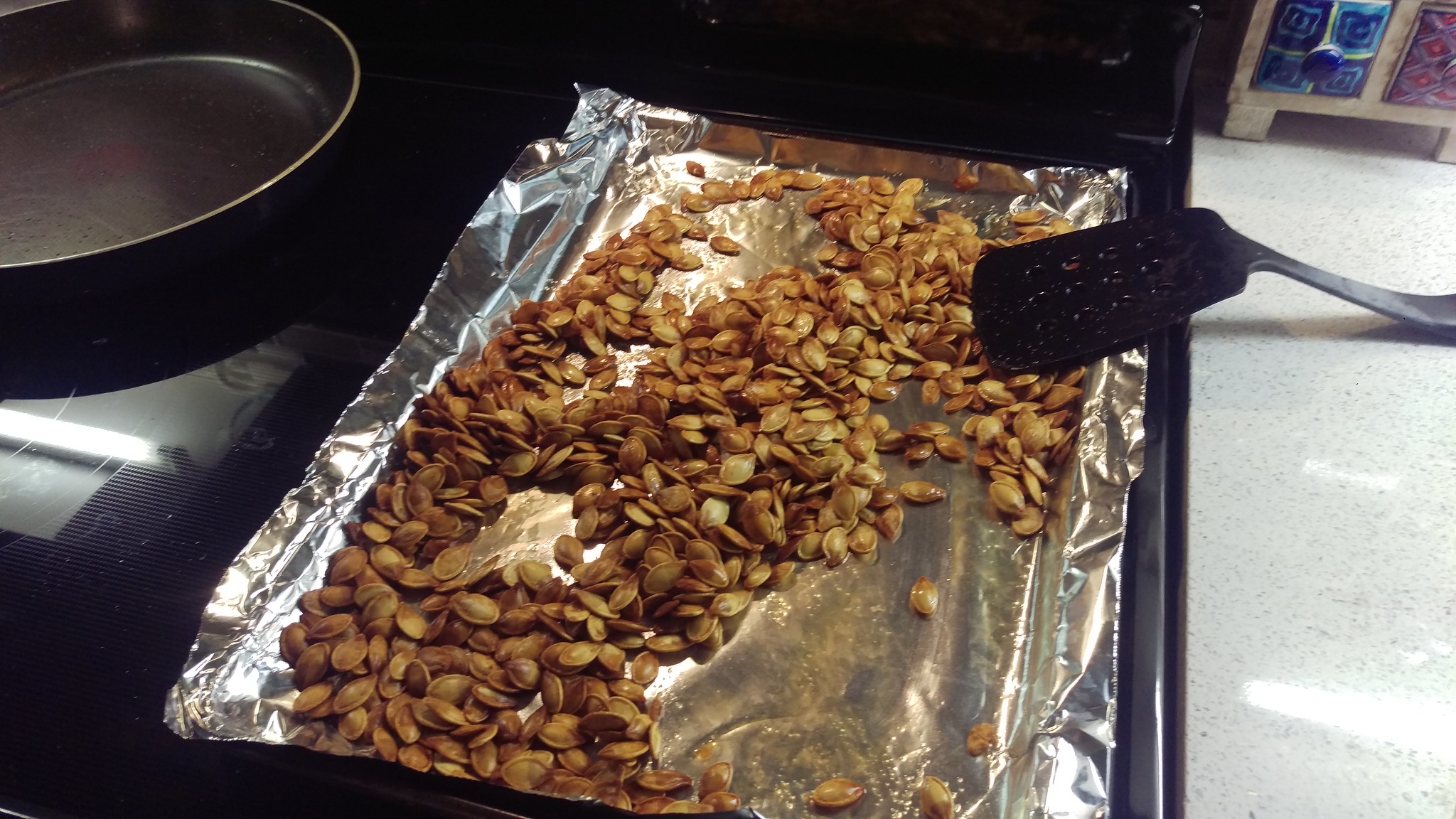 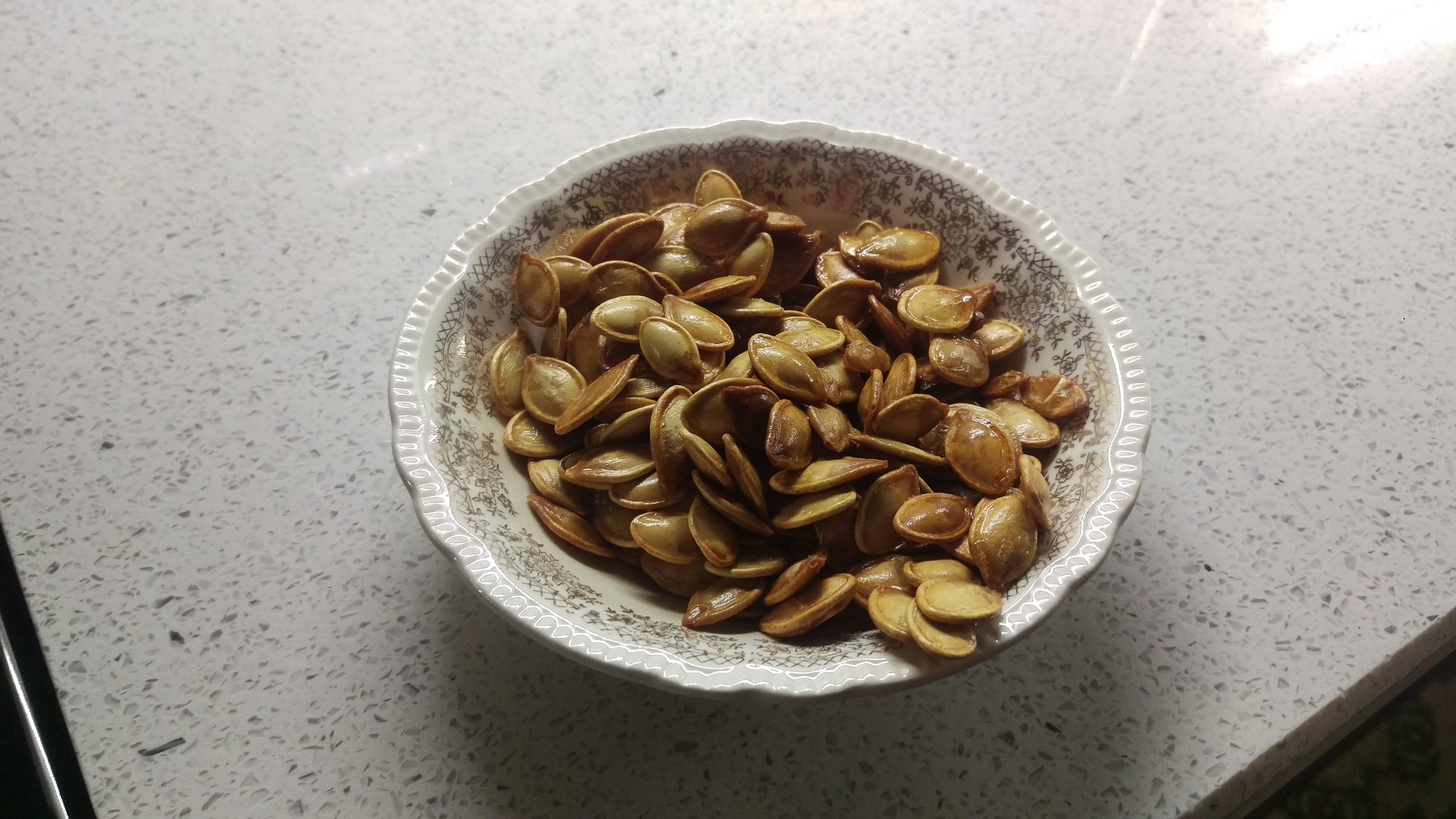 All in all, it was a really fun night! How was your Halloween?
Posted by Amanda at 7:30 PM