I must say, I'm pretty happy with my progress on the Story Time Sampler, by the Frosted Pumpkin Stitchery. I'm pretty much all caught up, with both January and February frames done. Now I have a whole month to stitch both frame and scene for March. These stitch-a-longs are so much fun and this one is especially cute! Since I like to see works in progress, here's my progress over the last month (I stitched both frames together, one colour at a time): 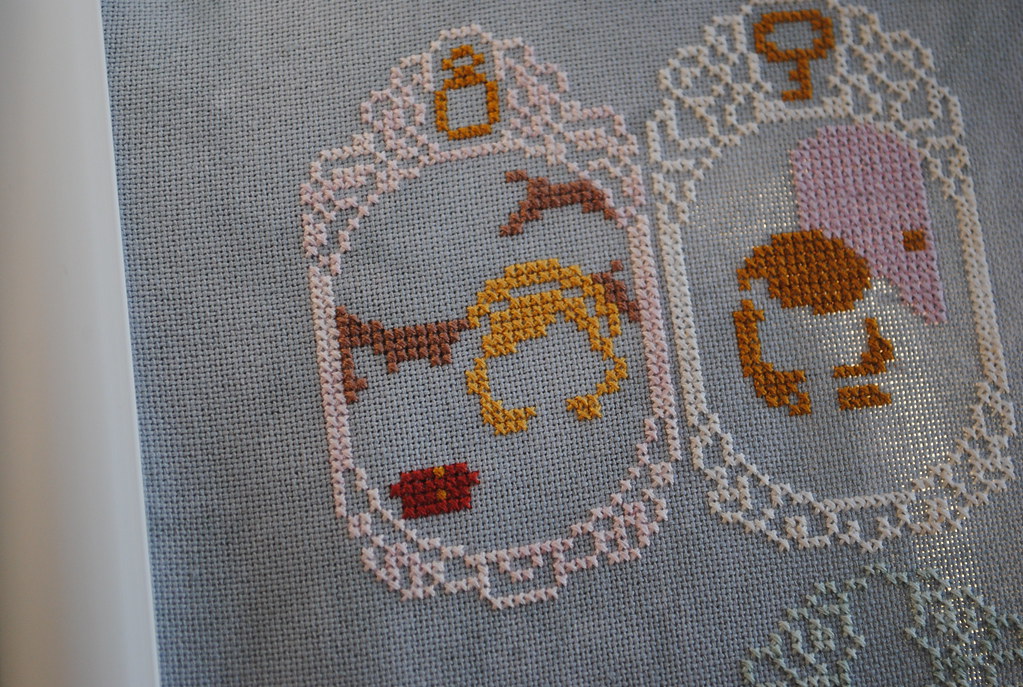 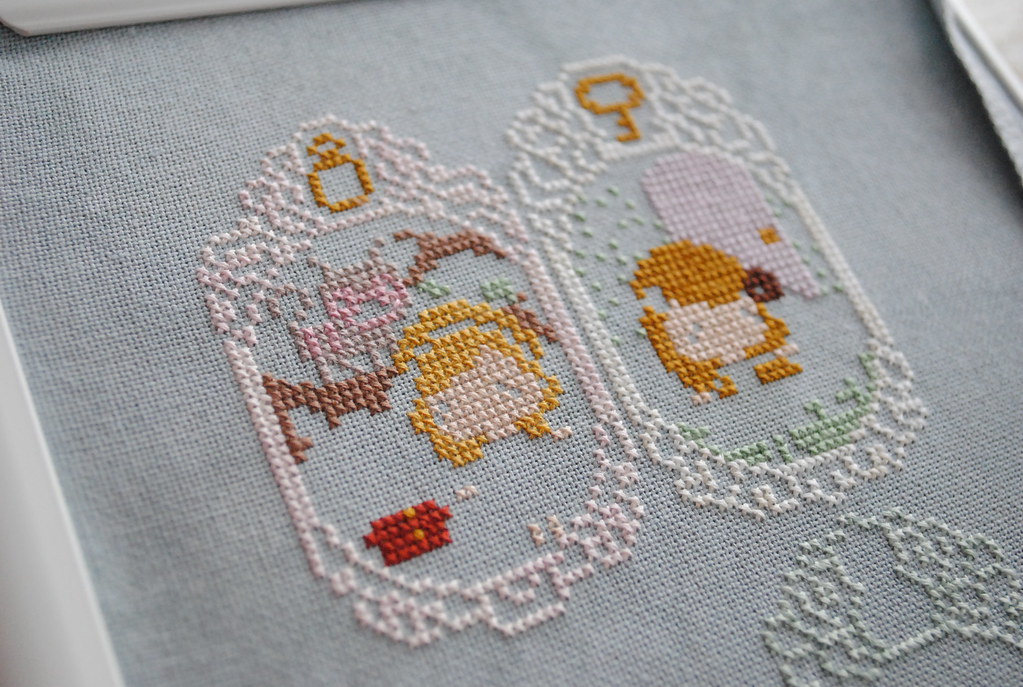 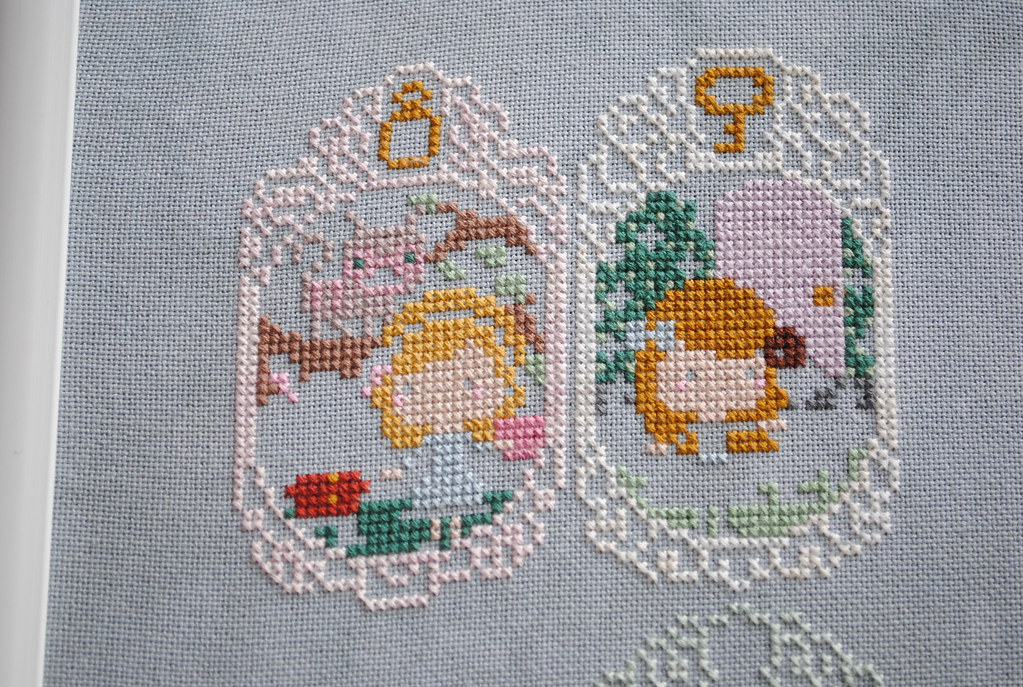 And here they are complete: 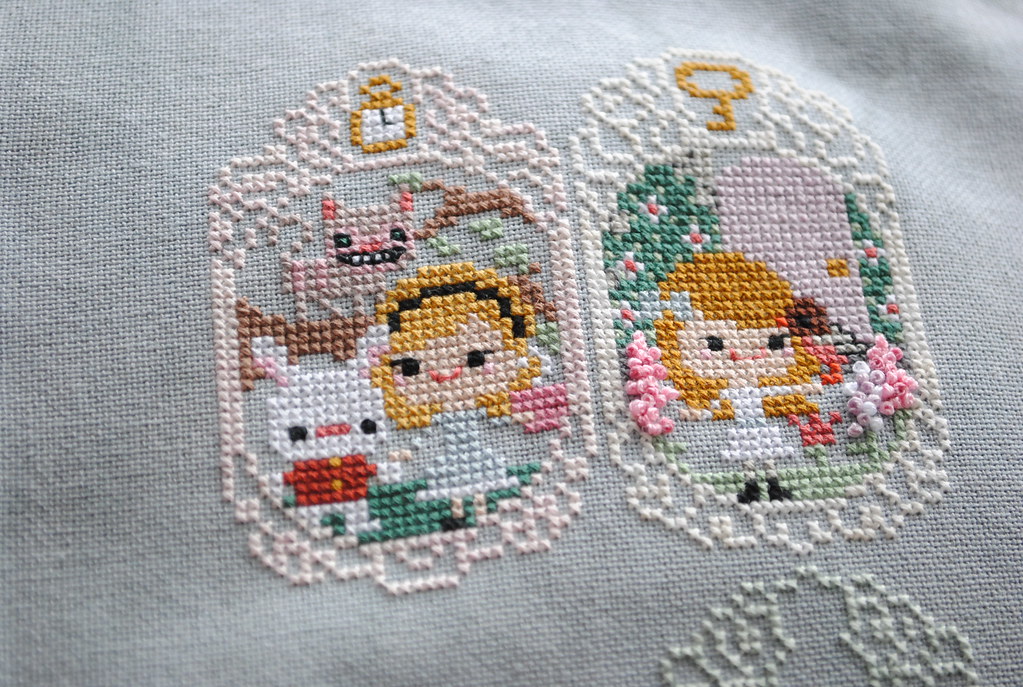 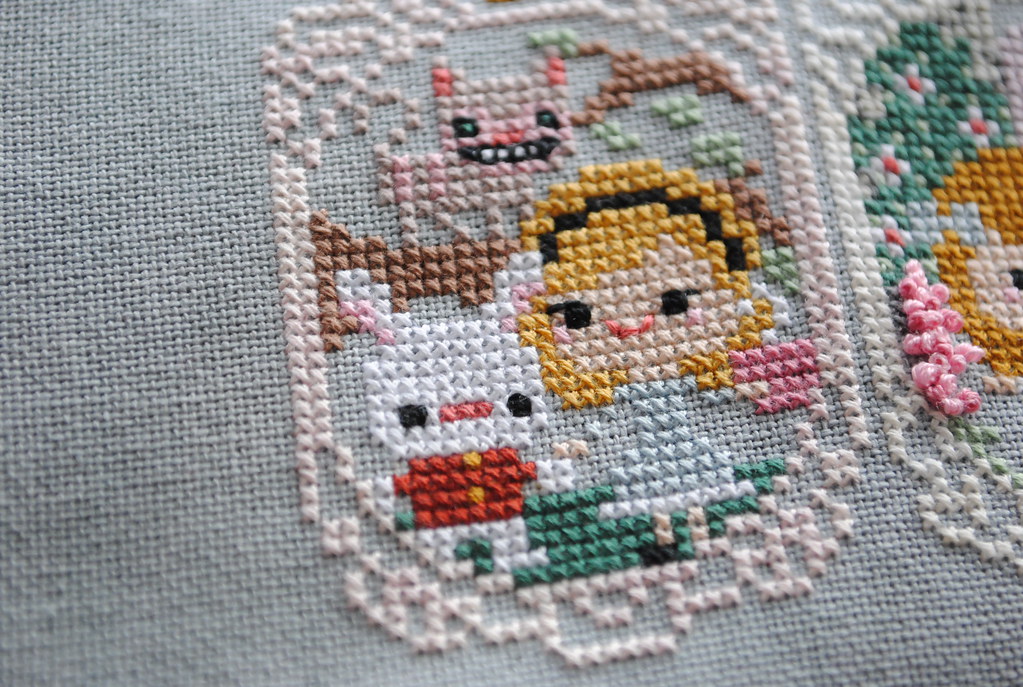 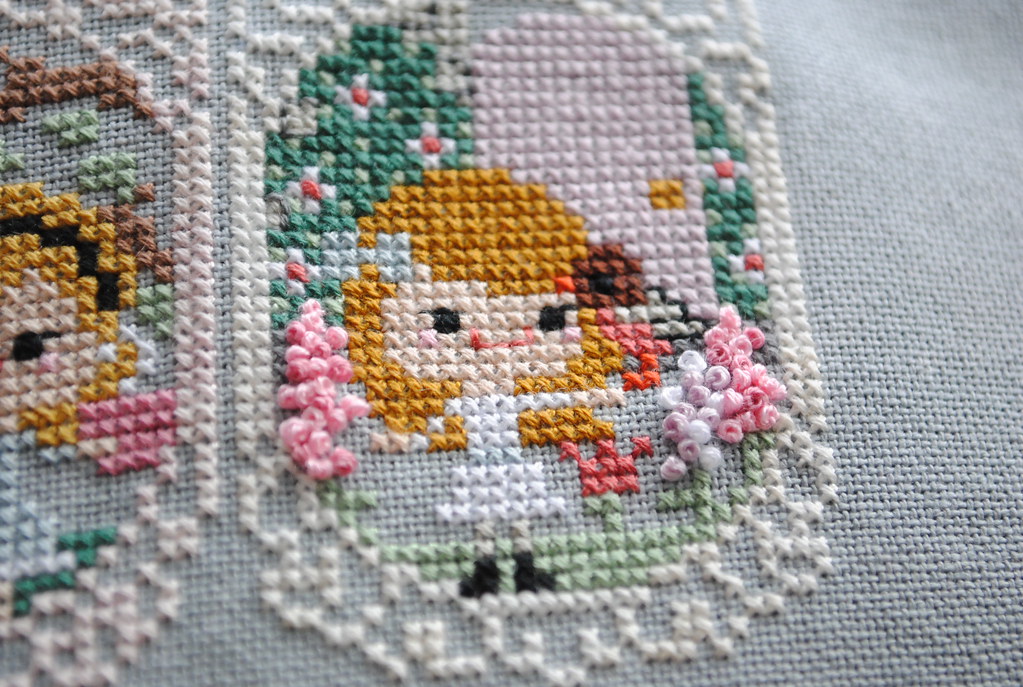 I went with a few modifications, all inspired by the Frosted Pumpkin Facebook page or the fact that the dark green and orange threads were out of stock when I ordered my supplies, so I improvised those with thread I had in my stash (both inherited by my aunt as it so happens). The modifications I included: adding in the cat's Cheshire grin and changing his colouring (I didn't like the 2 pinks chosen as I wanted him more purple, so I used some colours from my stash, plus I gave him green eyes with black outlines), back-stitching the robin's wing for more definition and giving him a black back-stitched eye instead of green, and using French knots for the flowers. I really love how those knots look!

Now here's hoping I can finish up March by the end of the month - with everything going on, we'll see how much stitching time I actually get!
Posted by Amanda at 4:55 PM