We are 3/4 of the way through Marc's first year and my mat leave. Yikes! Everyone wasn't kidding when they said that time flies! I think this period - the last month or two - has been the best so far. Marc is SO interactive now, playing with his toys and responding to things Pat and I do or say. It's adorable and I think Marc's getting cuter and cuter each day (no bias over here, nuh-uh)! 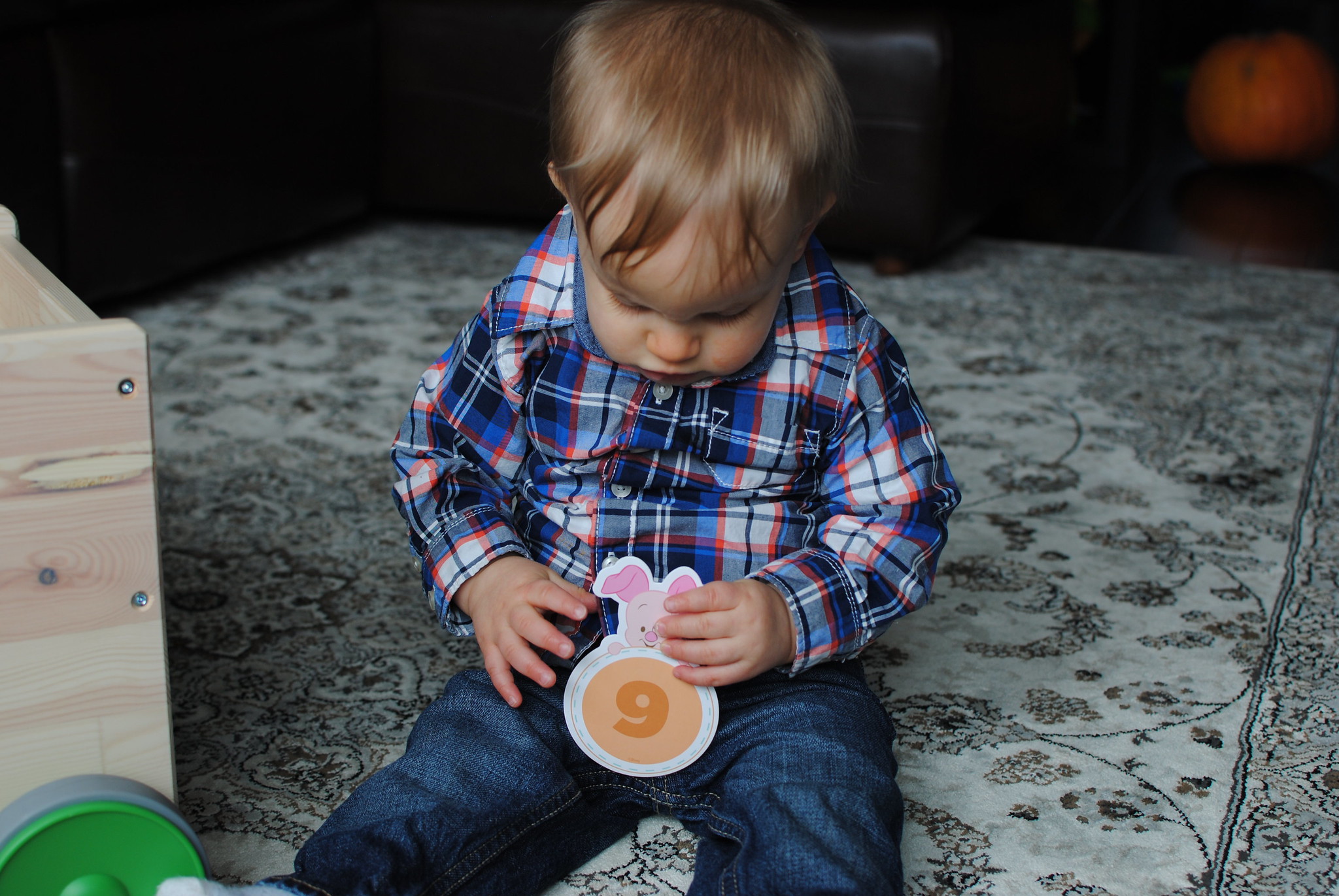 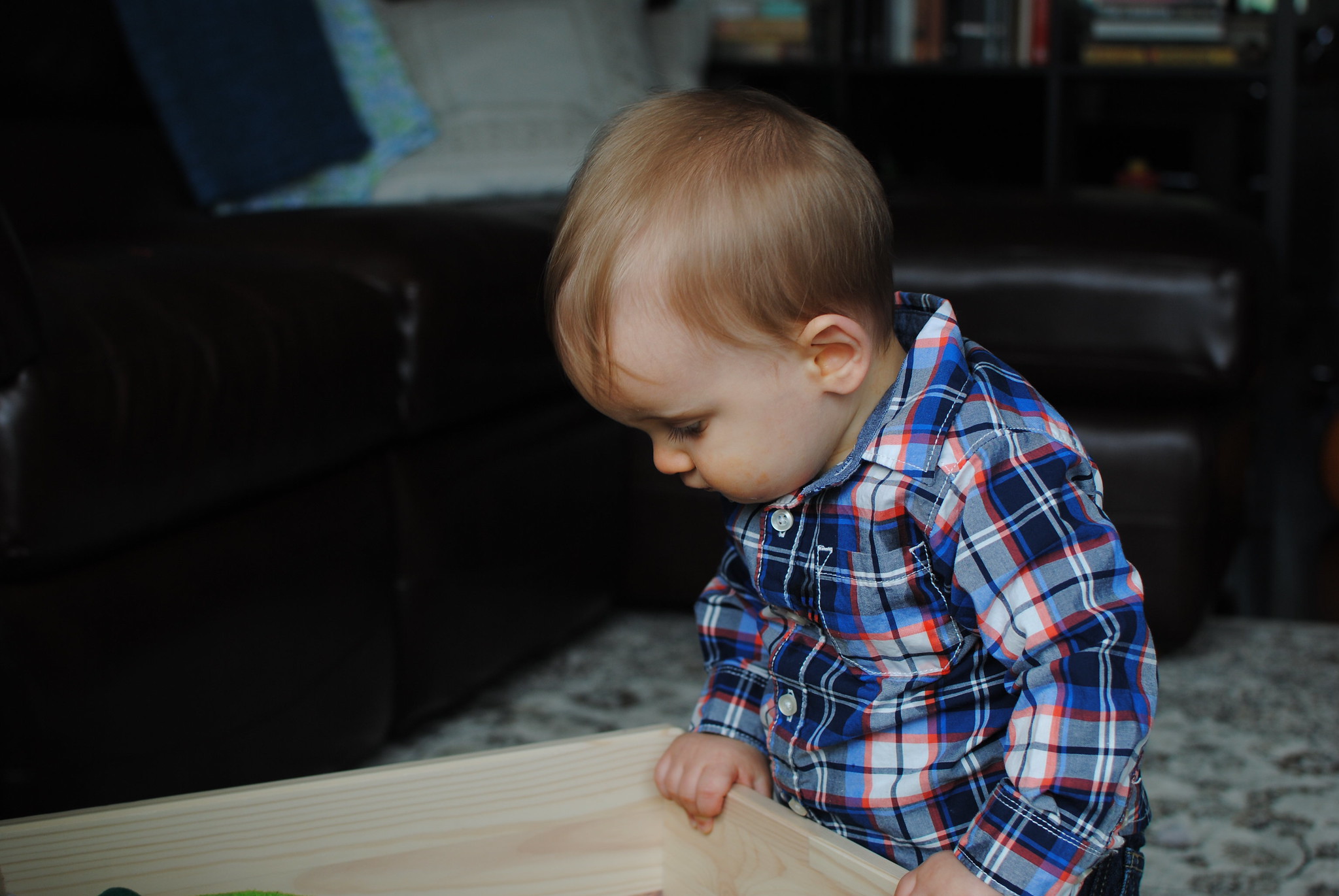 In the last month, Marc picked his belly up off the floor and truly figured out how to crawl. Of course, this increased his speed significantly, so we really need to watch out if we forget to close any of the gates (he spots those right away!). He no longer lets us help him stand - he'll go limp if we try to hold his hands and get him to walk. He can pull himself up onto anything though and cruises around the furniture like nobody's business, so I'm not sure why he doesn't want to with us anymore. I'm thinking it may be a bit of independence since he can do it on his own mom. 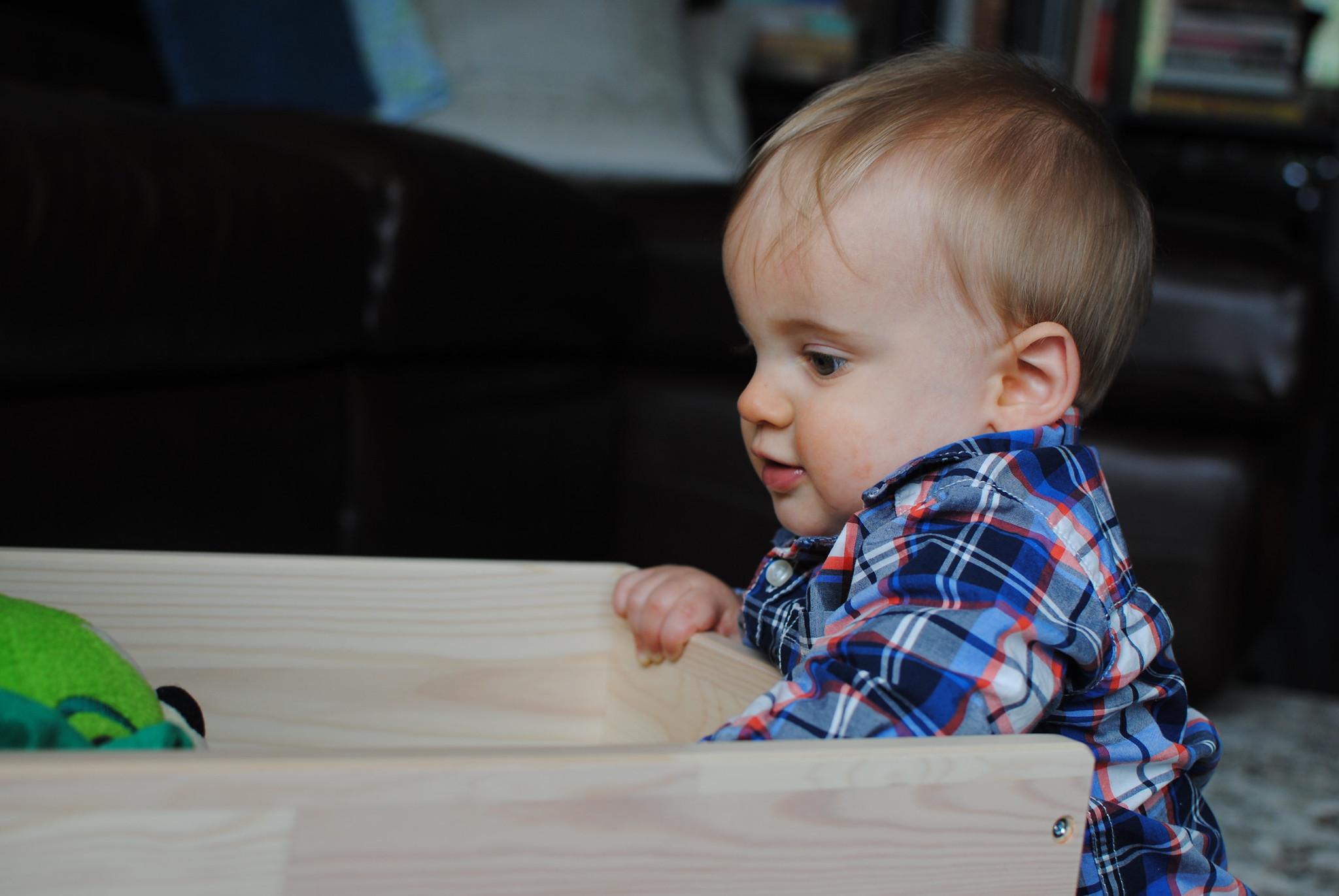 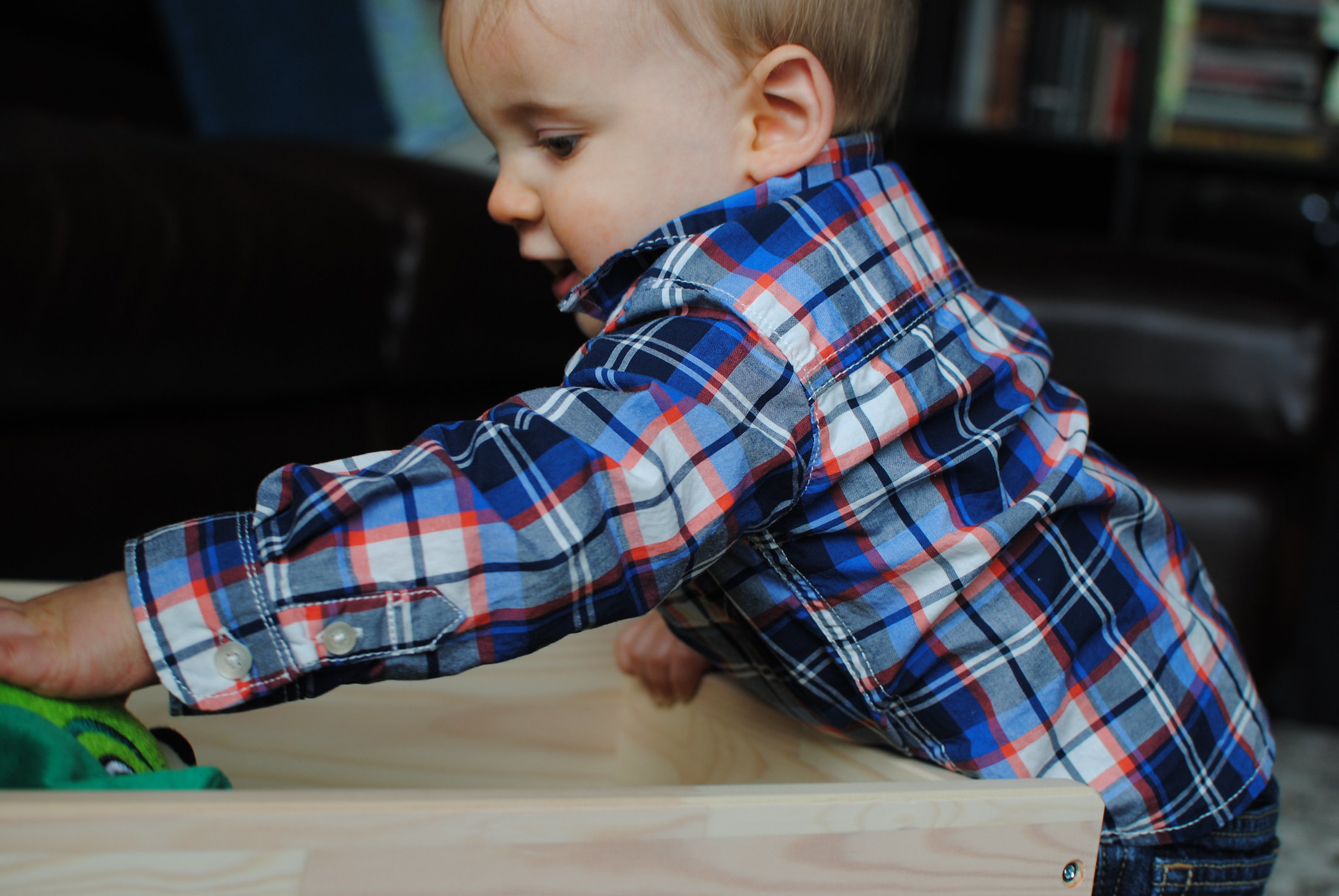 Marc has 4 teeth, though the two top ones (not the middle ones, but the ones beside those) have not yet fully come all the way down (you can't see them unless you pull his lip up... which doesn't happen haha). No sign of more yet. He eats very well and we try to have at least one meal a day where he feeds himself everything. Small pieces of cheese, banana and Cheerios are his favourite. 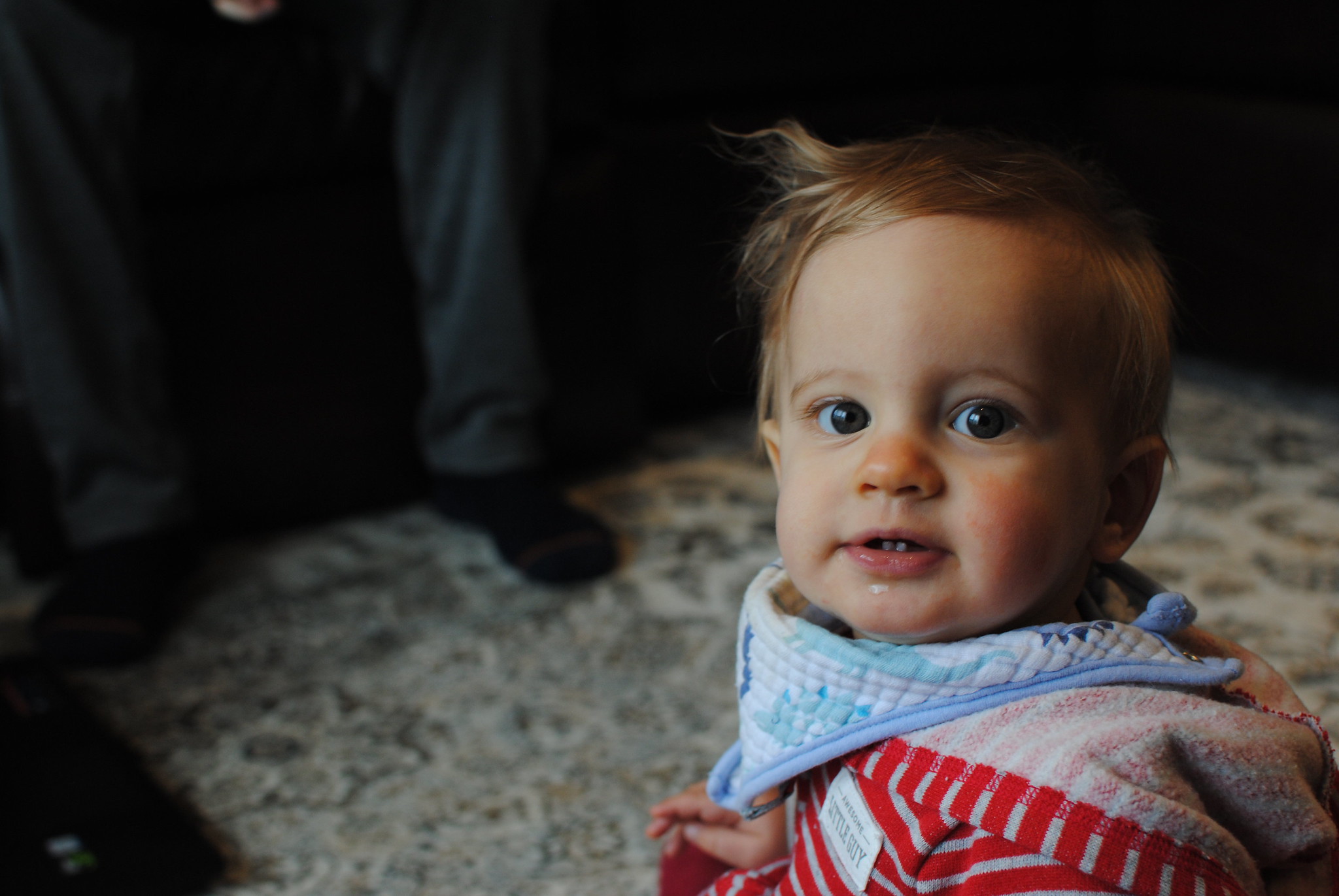 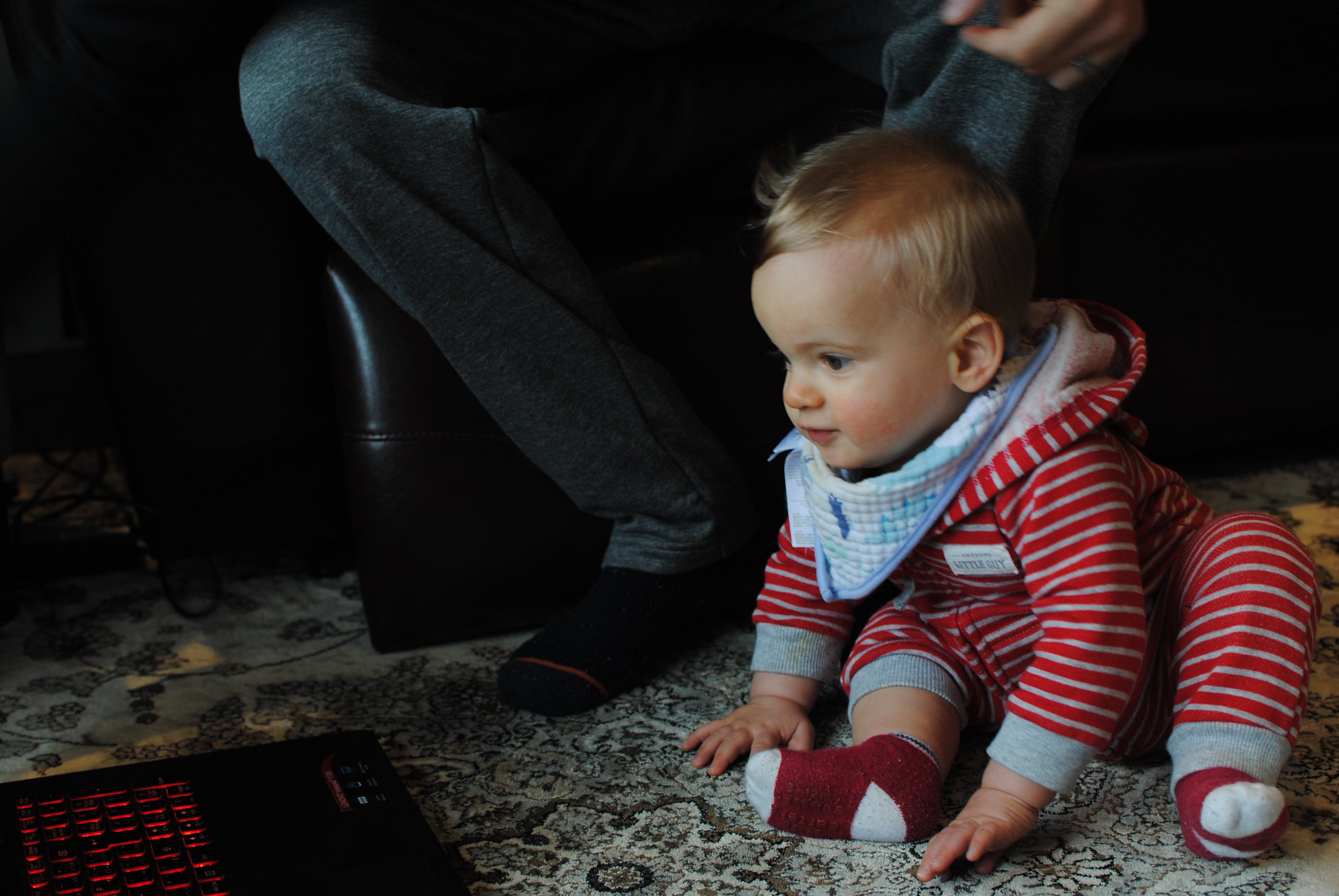 My favourite thing he currently does is "give kisses" - he's been doing this for a few months now, but lately he's associated the "nice kisses" we say with what he's doing and will sometimes do it when you ask (or give more). His kisses? Wide open mouth, "aaaaaah" and head shaking back and forth. It's the sweetest thing, especially when he grabs my head and pulls it to his face for more. *melt* 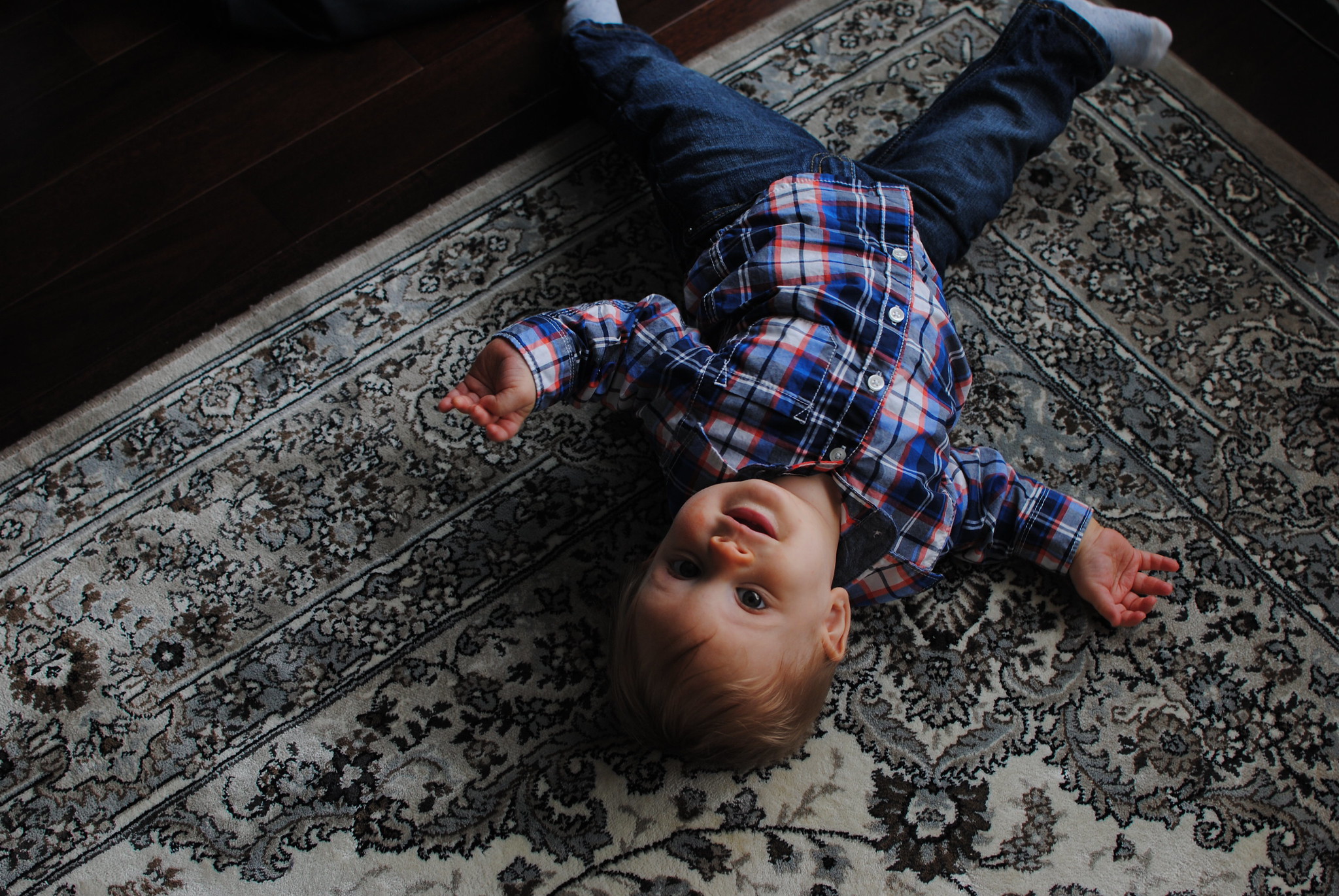 A few more favourite things: He thinks it's hilarious when I "eat" his toes. Taking off his socks is a fun game, as is peek-a-boo, hiding under blankets and behind the curtains, and playing with his many cars. He plays very well independently, going between the 6 "stations" we have downstairs: the discovery basket in the kitchen, the "garage" where all his cars are parked, the jumparoo (don't put him in it though!), the bookshelf with his toys, the toy basket in the living room and coffee table books on the TV stand. He walks his cart back and forth, exploring anything new or finding any cables or books we might have left laying around. 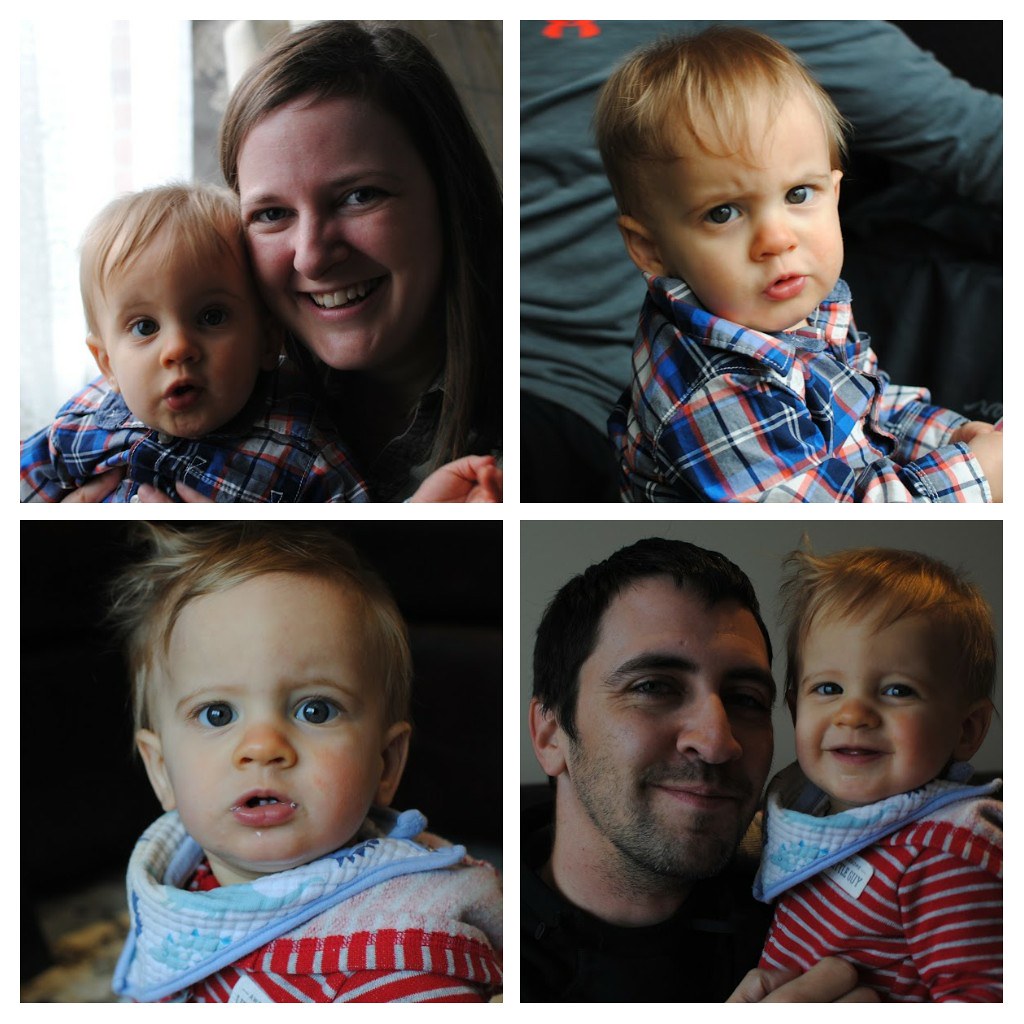 Right now we are transitioning from 3 naps to 2. It's a hard balance to find some days, depending on how well he slept the night, how early he went to bed and woke up and how hard he's been playing. But we're figuring it out (and I'm mourning the extra time I had to get things done alone!). No matter how hard the day has been, or how cranky Marc is, I'm trying to savour every single moment. Because I know the next 3 months will be over in a flash...
Posted by Amanda at 4:24 PM